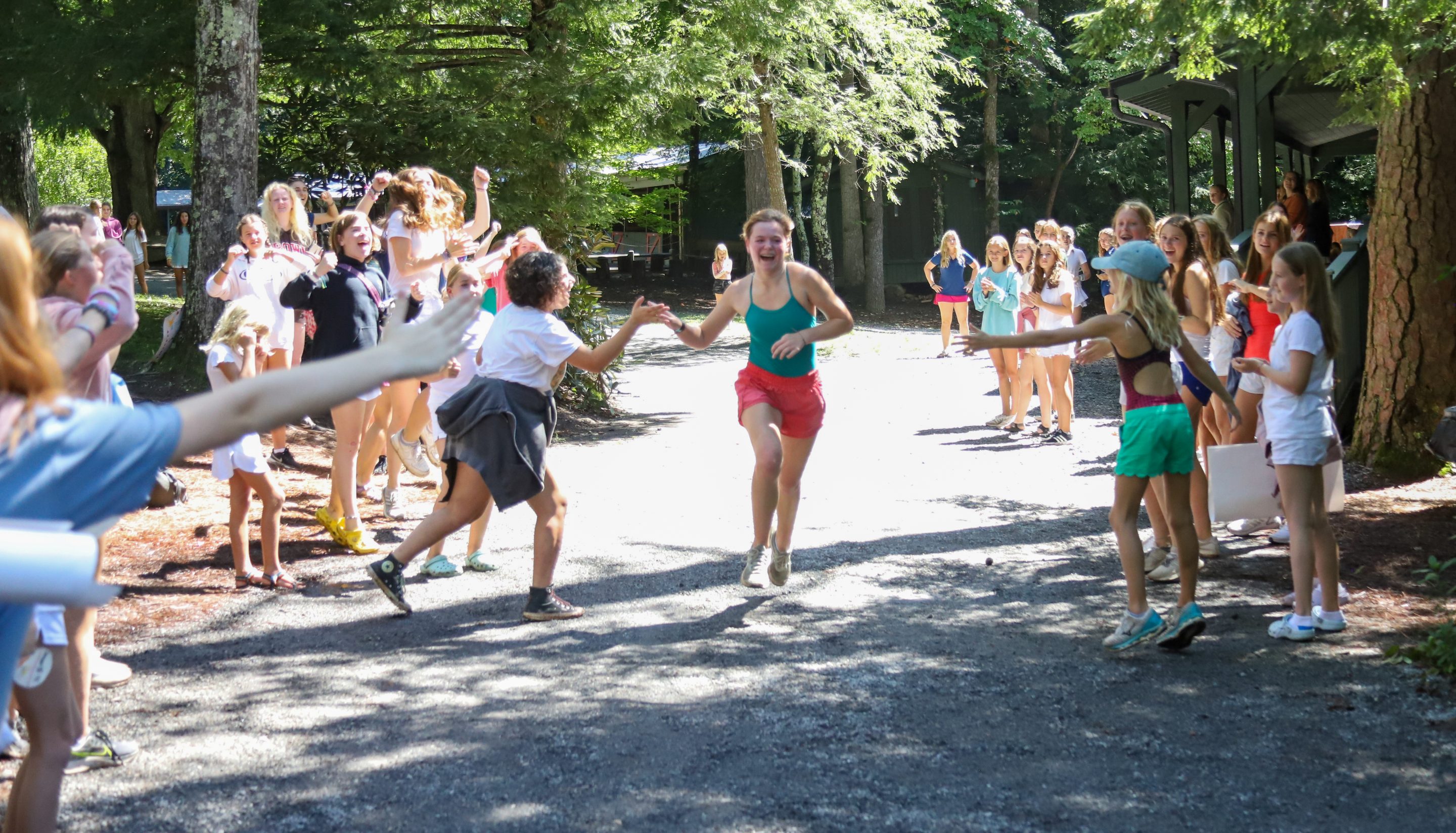 Although it is the week of camp, life at Camp Merri-Mac is as busy as ever!

Yesterday, counselors and campers participated in a camp-wide triathlon. Participants had to swim across the lake, bike up the hill, and run a mile on the Little Tomahawk trail. Anne Gordon S. won with a time of 17 minutes.

“I always mountain bike at camp and I swim at home, so that’s probably why I won,” she said. “I did it for the mark, but it ended up being so much fun, even if it was weird to see everyone cheering for me.”

Nataleigh P. came in second, with a time just over 20 minutes.

I enjoyed the running and swimming parts, but the biking was so hard,” she said. “I almost didn’t do it, but I loved participating with my friends.”

Sunday was also Sibling Day for Camps Merri-Mac and Timberlake. Campers left after the triathlon and went to see their brothers at Timberlake.

“We swam in their ginormous lake and went on the rope swing,” Emerson R. said. “I had been kind of worried about my brother, so it was good to see that he was enjoying camp.”

“It was so fun! Ann Tolly T. said. “My brothers are 14 and 9, so we got to swim together for a while and then we just talked about camp.”

In another collaboration, campers in basketball class at Merri-Mac are taking a trip to Timberlake this afternoon for a tournament.

“There’s a camper game, a co-ed game, and a counselor game,” said Caroline S. “I’m playing in all of them, including the counselor one because I’m the team captain.”

Nora F., the team’s point guard, said the girls’ team was more likely to win because they have spent the past few days practicing for the game.

Tonight’s evening activity is the highly anticipated Fine Arts Night. The theme for the event is a blue-out, so campers and staff who attend are invited to wear all blue clothing.

Many campers are performing as a part of their camp activities. Hunter R. said she was doing the ABC dance with her dance class and would be receiving her silver bar for the performance. Other campers, like many of the Sunnysiders, will be performing skits.

“We’re putting on a performance, and it is going to be show-stopping,” Vivi F. said. “It will involve dancing and singing and be kind of like a commercial break between acts. It’s really dramatic”