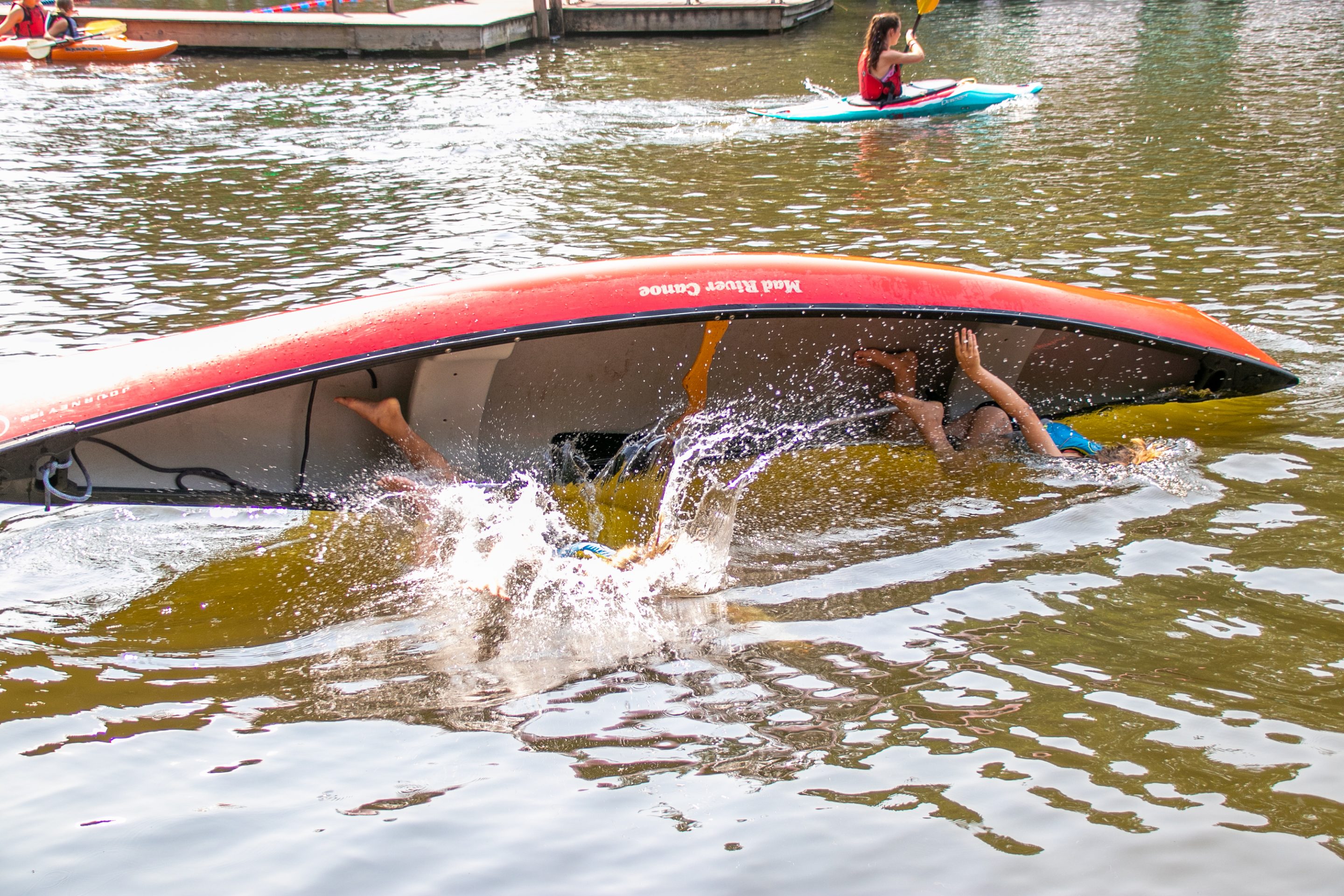 Here at camp, we woke up to fog blanketing the mountains as campers got ready for another adventurous day! Campers arrived at breakfast to find a delicious meal of chocolate muffins, apples, and baked oatmeal, a camp favorite! As activities started, camp was full of smiles and laughs. In fencing, campers practiced their skills and started to work on bars. At Lake Doris, Sarah M. and the rest of her class were swamping canoes as they learned the basics of canoeing.

Campers were full of delight as they found out that lunch consisted of chicken caesar wraps and waffle fries. After a relaxing rest time, free time was in full swing! The Tweedle cabins as well as some girls from Bear Camp were enjoying their time by playing exciting games of Gaga Ball and Tetherball! Afternoon activities came shortly after with a rush of enthusiasm. Stella H. mentioned that she enjoyed working on her bowls in pottery class as she is learning to use the wheel! Grace H. had a blast working on her aim in riflery as she was able to do this alongside friends.

As the day is dwindling down, campers are about to participate in Gold Rush, a fun game where golden items are hidden around camp to find! However, counselors also play, trying to convince a judge they deserve the gold more! Later on in the evening, the cabin of Lavender’s Blue is planning on having a fun campfire where they will enjoy s’mores!