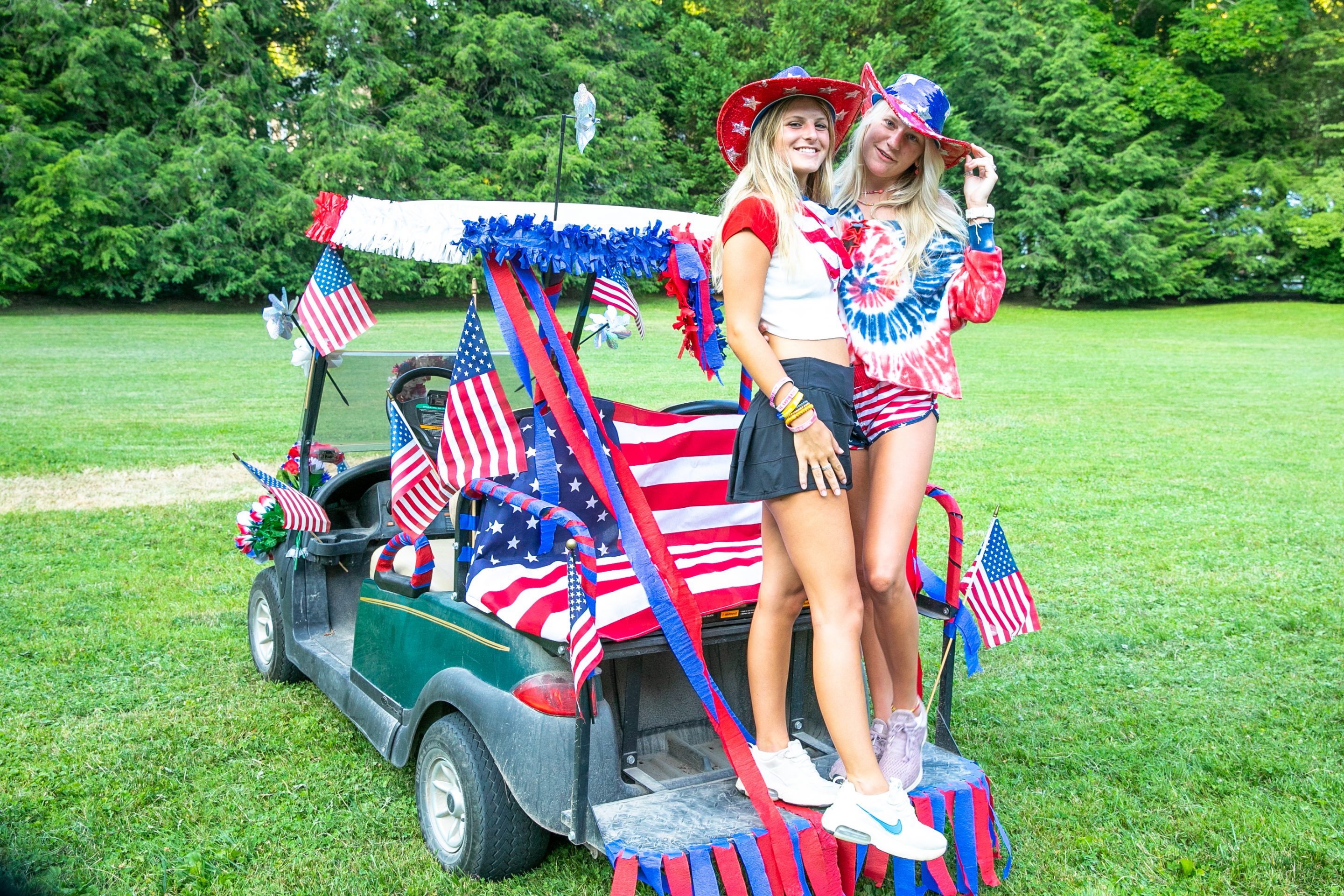 America celebrations, games, trips, and so much more

The second day of camp was amazing! The campers woke up at 7am, got ready for an awesome day, and heading down for breakfast. Breakfast was French toast sticks and sausage, with the new side bar opened as well which had lots of fruit, milk, and boiled eggs! The campers had an amazing time in classes today- Griffin B. shot a bullseye in archery, Nellie C. had so much fun in DIY crafts where she, along with the rest of the campers in DIY, started their very own Merri Mac journal- today they painted the cover of it! Chloe K. found her two newest hidden passions- fencing and guitar! All throughout the day girls could not wipe smiles off their faces as they went to their activities, reviewed safety talks, improved upon their skills, and played games! Some games that were played in basketball were knockout and red light/ green light. In swimming class the girls made up water dances that included the new stroked they learned and got to show them off. Some girls in pottery got to use the wheel for the first time ever!

There were tons of trips that went out today, one was a backpacking trip that went to Mt. Mitchell and Craggy gardens. The girls on this trip got a beautiful 360-degree view of the mountains. There was also a kayaking trip to the lower green. Girls in Sunnyside and Moonmist got to go on this trip! The girls were Caroline M., Jannah S., Addy P., Mary Elizabeth S., Kiera L., and Annalee P.  Caroline M. even got her first roll on the trip! All the campers were decked out in their best America wear for evening activity where they got to do an America parade which ended at Mackys Green where they got red white and blue popsicles! Sunnyside, the oldest cabin, got to head on over to our brother camp, Camp Timberlake, to watch fireworks! All around another great day here at Camp Merri Mac!