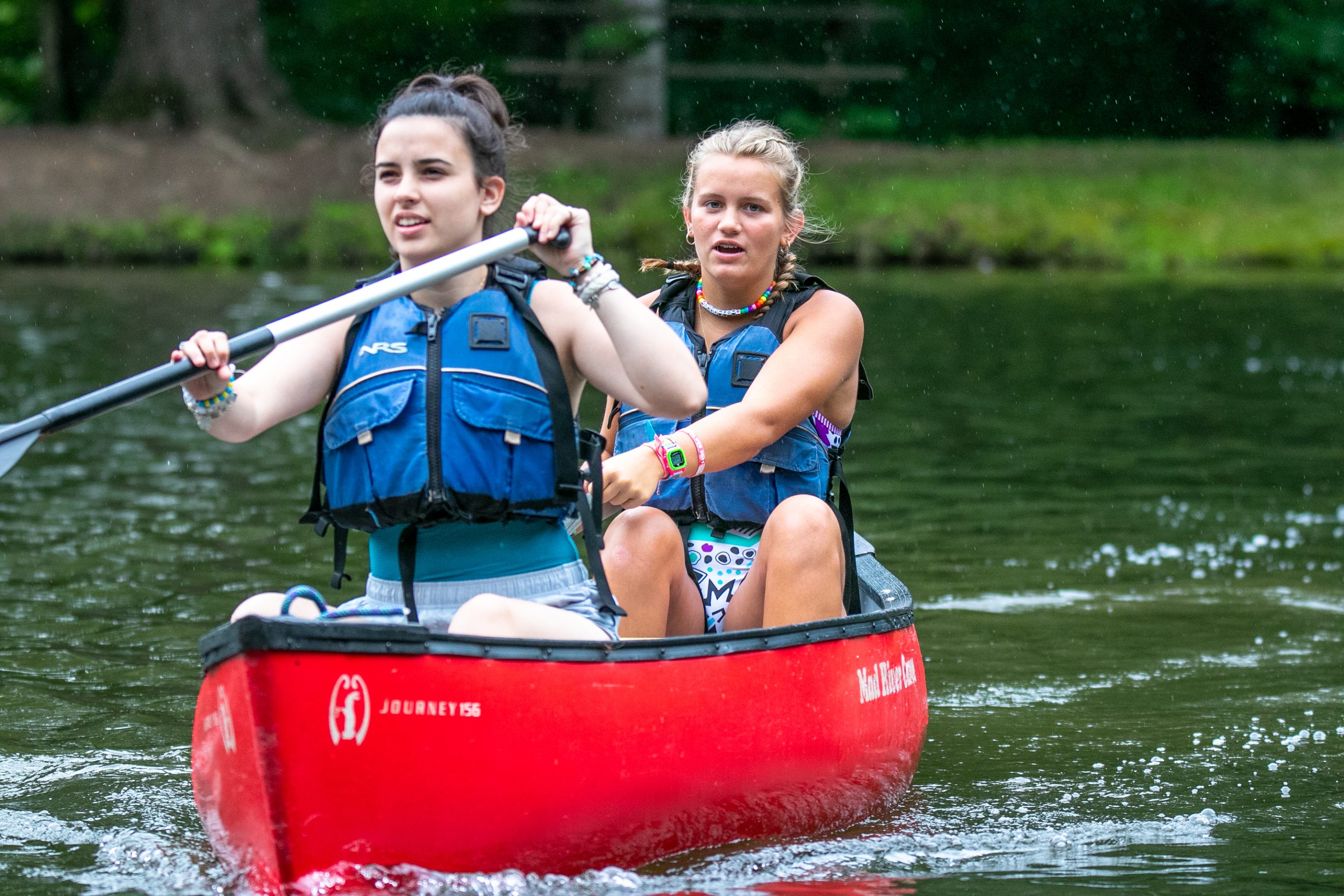 Between the diving competition, basketball tournament, and a giant water balloon fight, it has been a competitive day at Camp Merri-Mac.

On the lower basketball courts, Lillis D. and Griffin B. hosted a knockout tournament this afternoon. The two campers each earned a mark for organizing the game. The winner was Agnes H.

“We wanted to give people the opportunity to show off their basketball skills,” said Griffin B. when asked about why she decided to host the tournament.

Those who were not playing knockout went to either to watch or participate in the diving competition. The event was hosted by Constance S. and Ellie B. It was organized into a bracket-style competition. Participants preformed the dive of their choice and were then rated on a scale of 1 to 10 by the judges. It was a popular event to attend during free time this afternoon.

“There was a lot of talent and a lot of people were watching and supporting their friends,” said Constance S. in an interview.

Also during free time today, the Emergency Water Safety program tested for bars. Besides proving that they were proficient in all the strokes, participants preformed various rescues and demonstrate the ability to deal with water-related injuries.

Four trips went out today. In trail running, Dana B., Kate O., Sylvia B., and their friends travelled to Camp Timberlake. Audrey M. and Grace F. went on a trip for climbing class to learn how to boulder. The overnight canoeing and backpacking trips are still away from camp on their expeditions.

Meanwhile, back at camp, there has been no shortage of girls earning bars today. Caroline B. earned her gold in volleyball, Alex H. got her silver in EWS, and Palmer E. earned her a gold bar in lacrosse. Greer D. got her gold in tennis, a feat that requires excellence in technical skills.

“I play tennis at home, so I enjoy playing wherever I am,” she said. “But I love that we play so many fun games here at camp.” 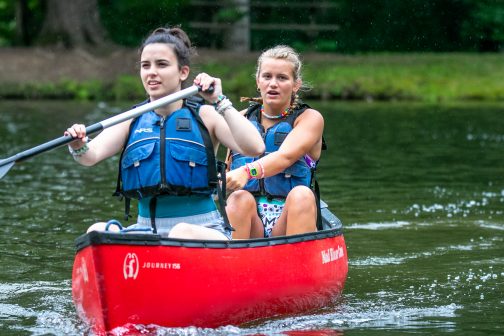