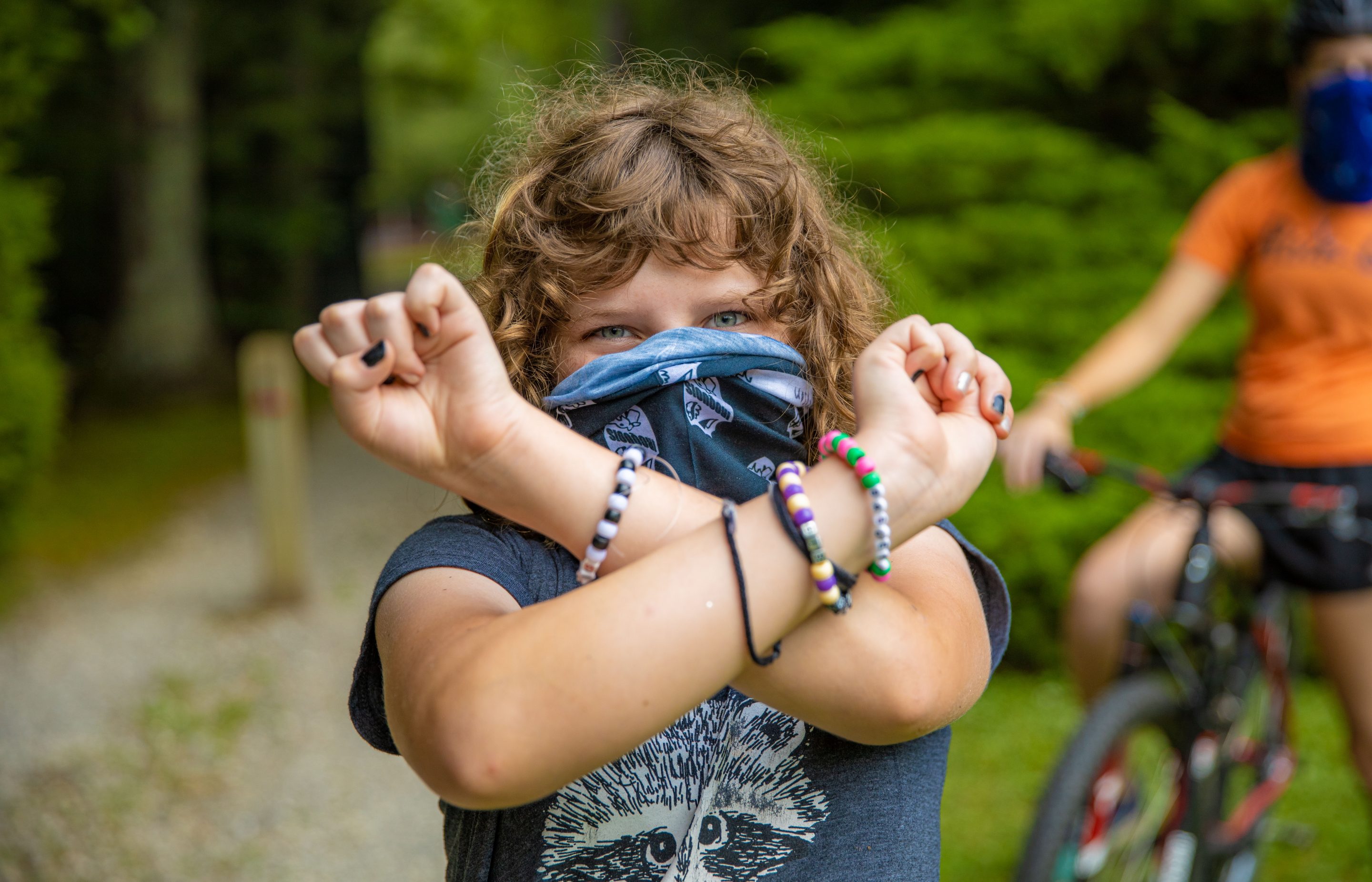 Good evening, Merri-Mac families! We had yet another beautiful day in the mountains filled with lots of exciting events! This morning, campers rose bright and early, heading down the hill to eat some biscuits, eggs, and potatoes prepared by our incredible kitchen staff. After that, our chapel was filled with the sweet sound of singing followed by a message from Adam. Today’s message was from Romans 5:6. We learned that people are constantly striving to change themselves, but we do not have the power and ability to do that on our own. We need Jesus in order to be able to change ourselves.

After chapel, the festivities of this terrific Thursday began! Carlin B., Charlie P., Taylor P., Eleanor P., Georgia V., and Maggie R., embarked on an awesome rafting trip while Sara G., Haley H., Lyla J., Hayden M., Millicent S., and Josephine W. set out on a climbing trip. Lily T. and Molly M. finished testing in order to earn White Feather. White Feather is the highest rank in the Merri-Mac White Feather system, and it is awarded to girls who have obtained thirty marks during their time as campers. We are so proud of these girls’ accomplishments. In PAWS, girls gave the puppies a much-needed bath after their swim in Lake Doris last night. They also had puppy push-up contests. In DIY Crafts, campers made beautiful projects using the embroidery skills they have learned, made adorable homemade pom-poms, and wrote letters to our amazing staff members who make our Merri-Mac world go round. In Dance, girls continued working on a dance to Harry Styles’ popular song, “Watermelon Sugar,” and even began choreographing some of their own dances. After a dance party with the Dance class, I hiked up to Pippin Hill, one of my favorite places to look at the Blue Ridge Mountains at camp. I got to hear lots of campers victoriously yell,” I’m a mountain woman!” as they reached the top of the Upper Tower.

After a camp favorite for lunch: taco in-a-bag with Doritos instead of the typical Fritos (SO DELICIOUS), we headed up to our cabins for a relaxing afternoon nap. Later on, at the bottom of the hill, girls in backpacking successfully built a beautiful, blazing fire while campers in Knitting and Pottery put the final touches on their projects. In Mountain Biking, campers played fun games like “Simon Says” with the parts of the bike. As I was walking around camp today, I heard girls in Guitar playing songs they have been working on, including one of my favorites, “In My Life” by the Beatles. One of my favorite parts about our haven in the mountains is that whether you’re at the top of Pippin Hill or sitting on the porch of the Big House, you can always hear campers singing. The singing heard on camp ranges anywhere from tribal cheers during an evening activity to the Camp Psalm during chapel every morning. The songs we sing here at Camp Merri-Mac truly exemplify the camaraderie and sisterhood that this camp fosters in each one of the girls that enter its gates. After activities, we sat down in the Dining Hall to eat some tasty chicken parmesan, finished with apple fritters for dessert.

Tonight is a special night as it is the last night of the second session. We will recognize girls earning special awards in their activities, cabins, and White Feather promotions. We will also attend the Lakeside ceremony, where we will sing special songs honoring the friendships we have made at camp and our beautiful Camp Merri-Mac.

I am so thankful for this wonderful Thursday at camp. Thank you for sharing your sweet girls with us this summer. To finish off our day and the second session of camp this summer, I will quote a line from “Shades of Evening,” a song that will be sung during Lakeside tonight. ”This is goodnight and not goodbye.”