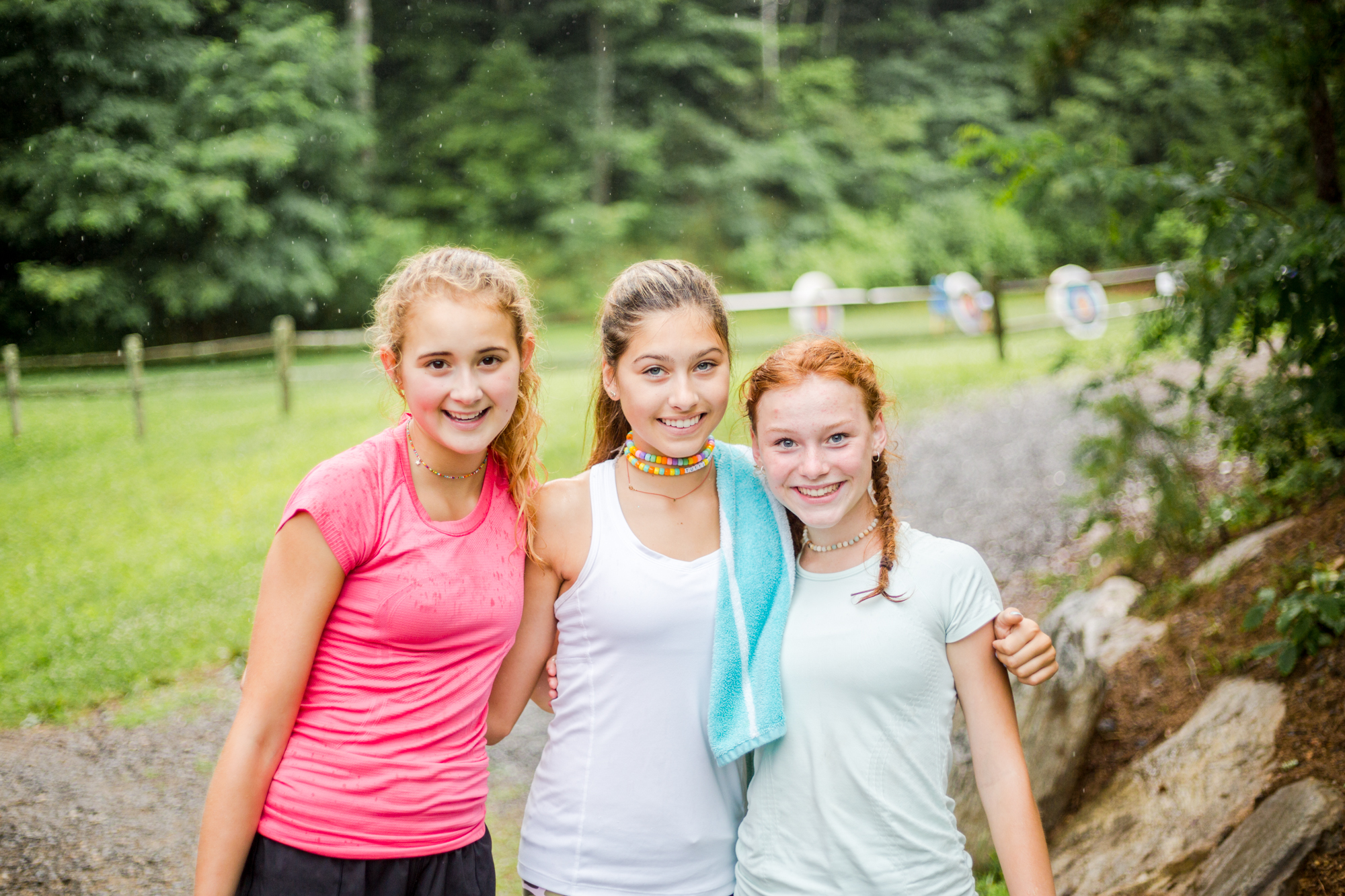 As the sun glistened upon camp this morning, girls sprinted down the hill to eat some YUMMY pancakes. They were so delicious! The girls headed off to Chapel to hear another true story and then to first and second period! Girls learned rolls in Gymnastics, trail rode in Horseback riding and shot three-pointers in Basketball!

As the lunch bell rang, the rain came pouring and continued through the afternoon. However, that doesn’t stop a Merri-Mac girl from having a Merri-Day!

In Volleyball girls were working on their serve, while dance was busy working on their leaps. Cooking made Cinnamon rolls; they were so GREAT! Then, archery and riflery were perfecting their bullseyes. Knowlton W. earned her silver in tennis and Nellie R. earned her silver in guitar today. Poppy W. did an incredible job hosting a fencing tournament as she is working toward earning her Gold in fencing. Climbing was on fire today as they conquered the boulder, upper tower, and the overhang. Horseback riding went on a rocking trail ride.

Tonight’s evening activity is Base Jumping! A longtime camp favorite. Let’s hope these Merri-Mac girls can avoid from being tagged by the counselors, so they can get as many slips as possible to their bases for their tribe. We had 4 awesome trips out today: waterskiing, canoeing, backpacking and kayaking.

Today I have had the blessing to be able to see these Merri-Mac girls grow through friendship and adventure!