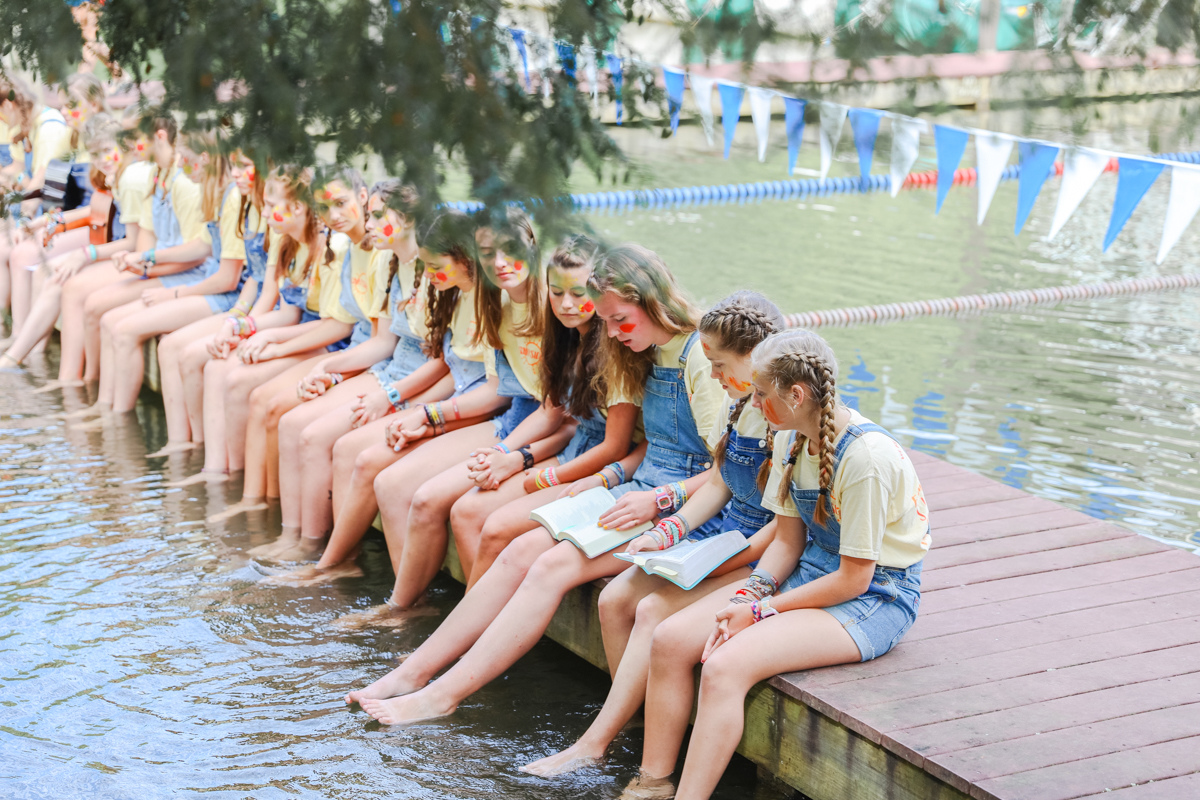 It was a beautiful sunny day for the last day of session one! For breakfast, everyone enjoyed waffle sandwiches made with egg and cheese, and boy they were delicious! After breakfast, we had chapel by the lake, led by the Sunnnysiders (the oldest campers), and each of them shared a bible verse of their choosing. We also sang a few songs together, including my personal favorite, “Reckless Love”. Once everyone spoke, all the Sunnysiders hopped into the lake together and sang their cabin song.

After, instead of going to the usual first period, everyone went to their cabins to pack all of their belongings, besides their toothbrush and tribe jersey of course! It is always sad to see an empty cabin at the end of a session! Once packing was over, everyone headed to their second period. In backpacking class, everyone got to swing from trees and learned to tie different knots! In cooking today they made smoothie bowls using berries, teddy grahams and m&m’s…they were delicious! The tennis class played fun games like jail and queen of the court.  For lunch we had stromboli, which is always a crowd favorite. After eating, each tribe sang their chant and then it was time for rest hour, where everyone was able to lay down and relax from the busy day they had had so far. Instead of going to trading post (when the campers get to buy candy), we practiced for tomorrow’s closing ceremony in The Mike. The staff sang on stage as all the campers filed in by tribe. After that, all the campers charged out to go get their candy from the trading post and had free time. In the afternoon, all the activities continued as normal.

It was such a busy day! Tonight all the cabins sang their cabin songs together for the last time. After, they attended White Feather where many girls received commendations and awards given to them by their fellow campers and counselors. Congrats to Susan B. and Caroline R. for earning the highest rank of whitefeather! Followed by a beautiful Lakeside ceremony.

It was definitely a Merry day at camp Merri Mac!