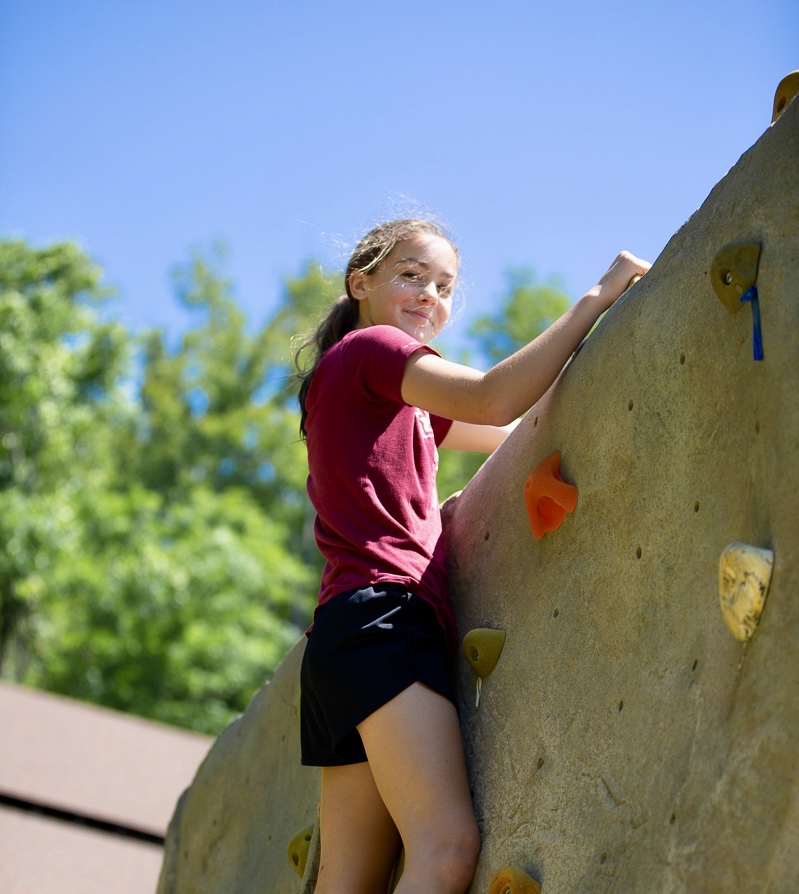 It has been a wonderful first morning at camp for new campers!

The day began with the ringing of the bugle at 7am, followed by campers doing their daily cabin clean-up and then heading down to Tucker Inn for some yummy French toast and maple sausage for breakfast. Our new campers were filled with excitement as they received their activity schedules during breakfast! Campers then headed to chapel where we sang “How Great Thou Art” and “Amazing Grace,” two camp favorites. Grace Evans talked about her Solo 13 trip and shared a great word on God being the guiding light in our lives, using 1 John 1:4 as the foundation for her message. A waterskiing trip went out today with Sarah R., Kayleigh G., Julia B., Nicoletta B. and Elizabeth F.

In paws class, new campers got to meet the puppies and take Leonard and Becker out for a walk around camp! Up on Pippin Hill, campers could be found doing some tower climbing, learning some new soccer skills, and relaxing in yoga class. In cooking class, girls cooked up some delicious magic bars!

At lunch, we ate sub sandwiches, accompanied with french fries and oranges. We celebrated the birthday of two campers at lunch today, eating cake and singing Happy Birthday to Ruthanne S. and Lily N.! We love having campers celebrate their birthday here at camp with us! At lunch, a classic camp favorite evening activity was announced – Sock War! In Sock War, the tribes play a rendition of Capture the Flag, with teams taking turns competing against one another to see who comes out on top.