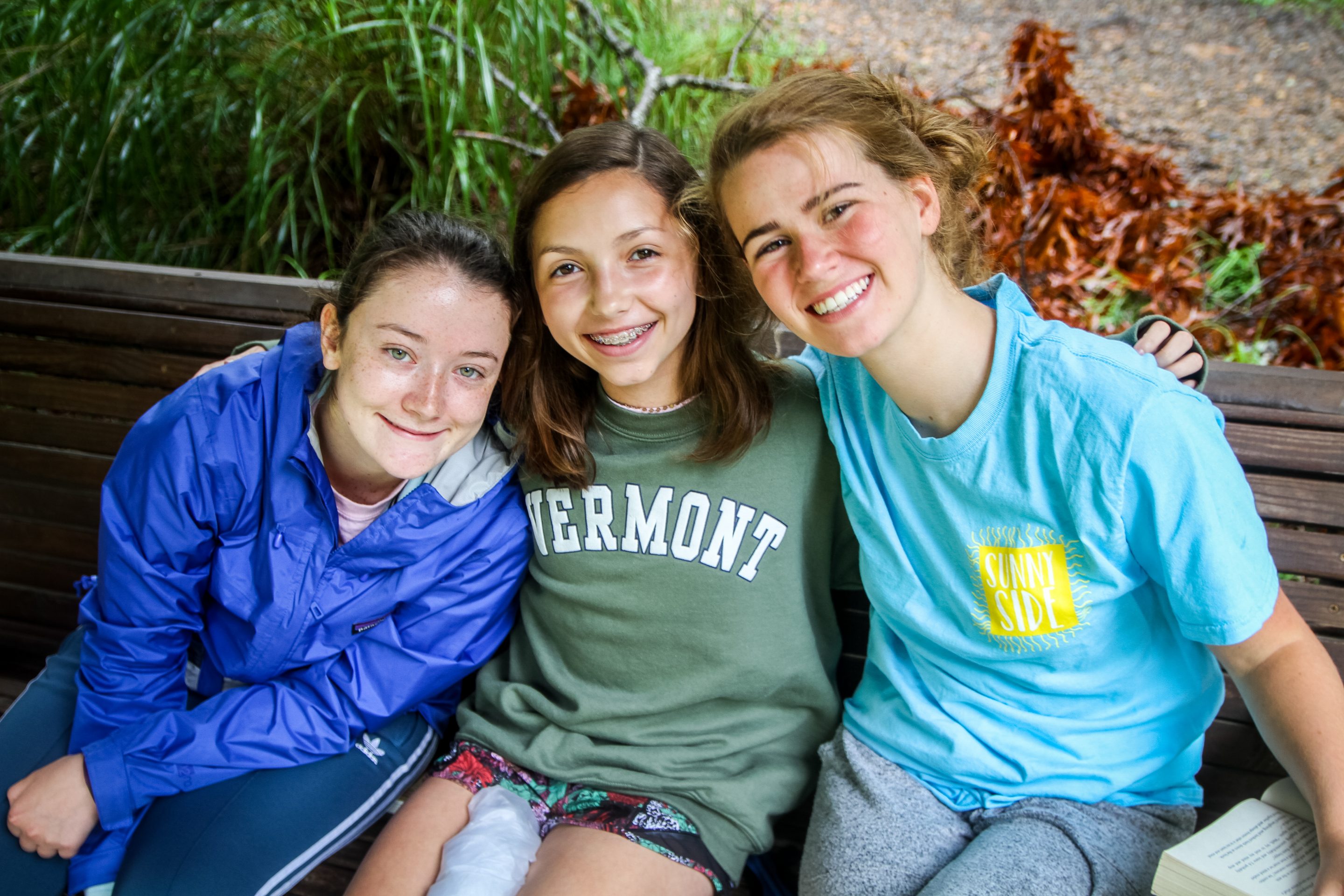 As the sweet sound of reveille spread throughout camp, girls of all ages hopped out of their beds to begin their chores for the day!  For breakfast we enjoyed one of counselor Sydney B.’s favorites: Geometry Breakfast!  After singing camp songs in the Tucker Inn, girls ran up to chapel where we sang more songs and heard Adam B. speak.

This morning, girls in cooking made Chocolate Chip mini-donuts and gluten free Pumpkin mini-donuts!  During pottery in the Enchanted Barn, right across the road from the cooking kitchen, girls made soap dishes!  Up on the hill in drama, Caroline K. and Clarissa S. helped their class plan a skit for Fine Arts Night!

Over on the dock, the kayakers competed in an exciting game of paddle ball while Mira S. and Claire N. worked on their bars in competitive swimming and many others participated in free swim.  Ann Gordon S. said that she couldn’t pick her favorite part of free swim because she loves everything about it!  Up in the mike, Mary Elizabeth G. climbed the overhang while Caroline S. learned how to do a figure-eight follow through.  Also in the Mike, Loy H. remarked that that she loves gymnastics because she gets to test her skills and try new things!

As second period ended, everyone ran down to the Tucker Inn to find out that lunch was… (*drumroll please*) …GREEK DAY!  After lunch ended and everyone sang tribal songs, Anna M. announced that last night’s riveting game of Battleball ended in a three way tie!  To determine the winner, each tribe selected one person to be their representative in the most intense game of Rock, Paper, Scissors you have ever seen!  The Seminoles selected Hannah F.; the Iroquois selected Nora Q.; the Choctaw selected Claire H.  First match: Seminole vs. Choctaw. The stakes were high for Hannah and Claire….ROCK-PAPER-SCISSORS! SEMINOLES WIN!  Second match: Seminoles vs. Iroquois. Hannah vs. Nora! This match would decide the winner of last night’s intense game of Battleball… ROCK-PAPER-SCISSORS! SEMINOLES WIN AGAIN!  All the Seminoles erupted in cheers! Anna M. then announced tonight’s evening activity… AQUA-PALOOZA!

Even though it’s not Sunday, we were treated with a full hour of rest time which led right into free time for Trading Post as usual!  As per usual, many enjoyed their Trading Post on the porch of Tweedle Lodge, while others hung out in the knitting hut.  This afternoon in backpacking, counselor Abby B. taught girls the “proper” way to poop on the trail while backpacking and they all thought it was hilarious.  Anna Kate B. found it especially funny!

When afternoon classes ended, we all enjoyed dinner in the Tucker Inn. Everyone sang cabin songs and then were off for Evening activity! As I write this, Junior Camp is on Macky’s Green doing the Slip-n-Slide and having a dance party, Intermediate Camp is playing Commando, which is just one big water balloon fight, and Senior Hill Campers are playing one of Millie C.’s favorite evening activities: PIRATE BALL! We know that all of our girls are going to sleep very well tonight!