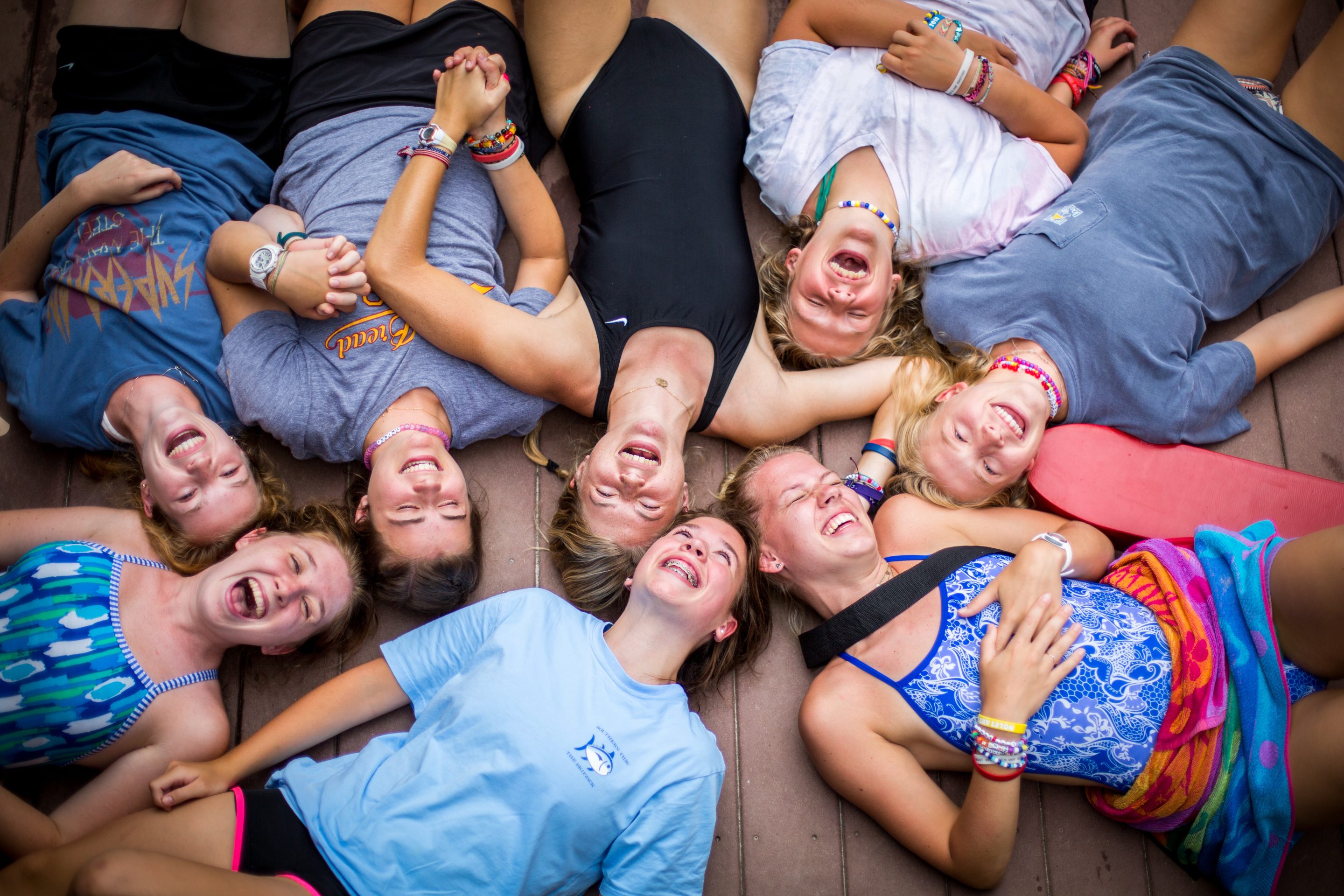 The sun came out to play today and so did we. Campers started the day with a breakfast of pancakes and bacon before heading over to the chapel for some songs and a lesson from Mark. Counselor Lila B. delivered a quick, beautiful message on the passage of the day. After chapel, campers ran to their meeting spots for tribe meetings before their first activity. Meanwhile some campers left to go on trips. Today we had girls rafting, water skiing, and kayaking with the Timberlake campers. It was such a beautiful day on the water

Everyone not out conquering the water went onto their first activity. In backpacking, girls were treated to a day of tree climbing led by the backpacking staff. The campers are hooked up to a rope as they use their legs to pull themselves up among the branches.

At lunch, the girls were excited to see Stromboli, a camper favorite! The line to get more stretched out of the refill area almost immediately. There was lots of exciting news today including the announcements of camper led canoeing and kayaking tournaments. Cabin cakes were also announced at lunch today. Sunspot, Sundrop, and Sunnyside were the hardworking winners this week. And that’s not all the cakes passed out today! We also had four birthdays that we got to celebrate. The last exciting announcement was the evening activity: Inferno. This game gets campers excited and competitive like nothing else so the Tucker Inn erupted in cheers.

After an exciting lunchtime, girls headed back to cabins for rest time. 30 minutes later they dashed back out to grab trading post before heading to some fun activities. Girls headed to tournaments held all over camp and to the dock for the last Slide Saturday of the summer.  Campers were outfitted in PFDs and helmets as they slid down on the mats; laughing the whole time.

When rest time ended it was back to activities! The sun stayed out till we finished up for the day. Campers then put on their tribal jerseys and headed to the Tucker Inn; ready to play a great game of Inferno.