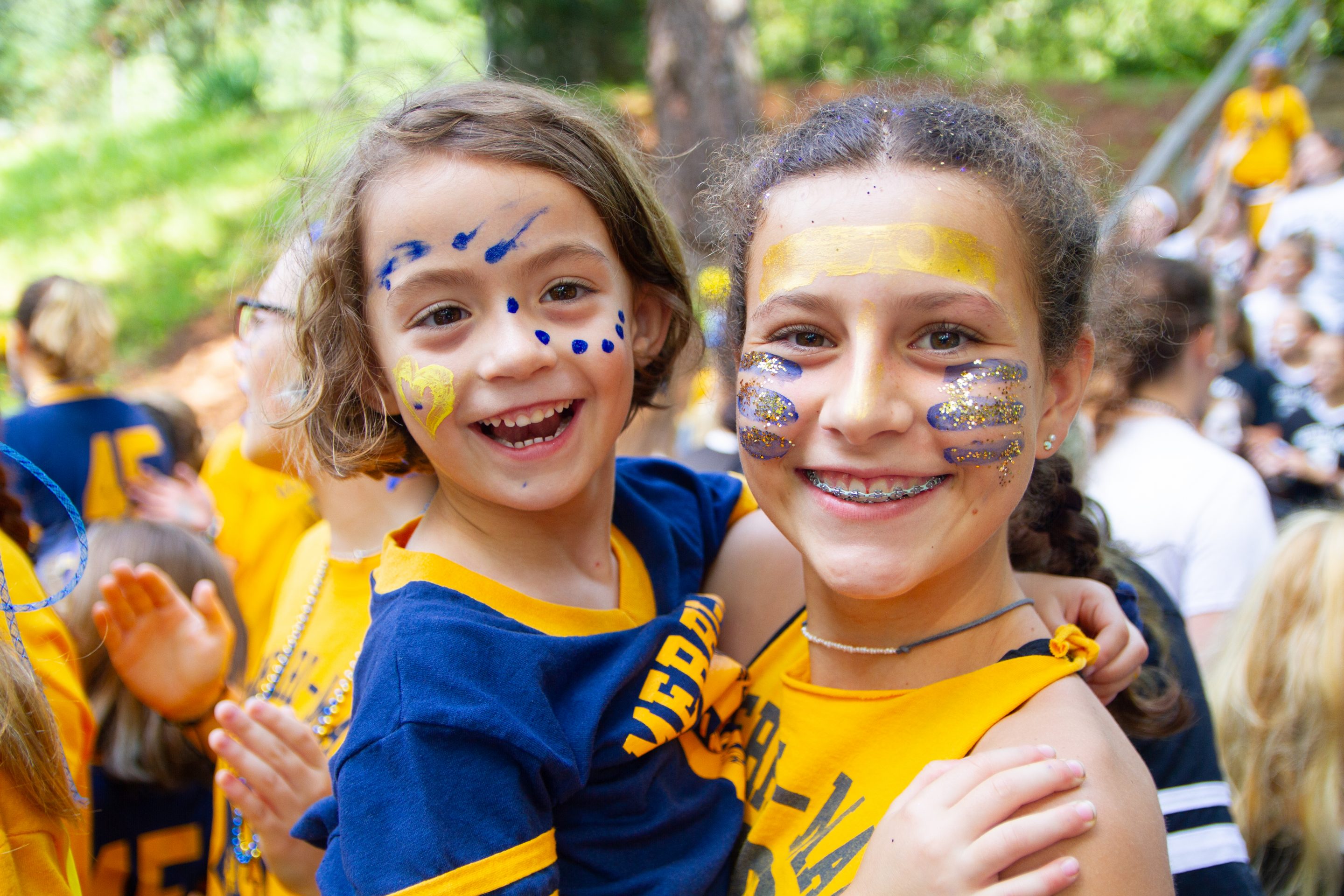 Today started out like any other day here at Merri-Mac; the bugle sounded at 7, chores ensued with dreams of winning the cabin cake (the award for the cleanest cabin every week) that would be awarded later today, and girls trotted sleepily through the camp to the Tucker Inn for breakfast. But then Anna M., our activities director, announced…. It was TRIBE FEST. Tribe Fest is a day of full- camp competition with the tribes pitted against each other in games of creativity, athleticism, fun and bonding. The first game of the day was to be battle ball! (dodgeball)

Everyone walked up to chapel excitedly talking about what the day would hold. Margaret P. gave a message to answer the question “Who is man?” in all of our weakness, and afterwards everyone ran to their cabins to get changed, put on their tribe paint and rainbow glitter, have tribal meetings, and get ready for battle ball.

Battle ball was an intense trial, with each tribe playing another tribe’s same team of the same age group. In the end, Choctaw came out on top! Is their victory day here? Next up was lunch, and an HOUR of rest hour. (much needed after the morning’s excitement). Then, a classic North Carolina afternoon rain rolled in. Tribe Fest moved inside for tribal trivia and when the rain stopped, a sing off was next where each tribe went to their normal meeting places and wrote new masterpieces to sing. An Iroquois chant to the tune of Taylor Swift’s Reputation in particular could be heard echoing from the fencing pavilion.

A surprise was presented to the camps when the electricity went out right before dinner, but the girls handled it marvelously- making lamps out of our “white hole things”, water cups, and our flashlights. Now that the lights are back on, it’s time for a personal favorite game- counselor hunt! The tribes shall unite once again to try and find their counselors hidden around the grounds- then push them in the lake when they do! It’s time for me to hide!