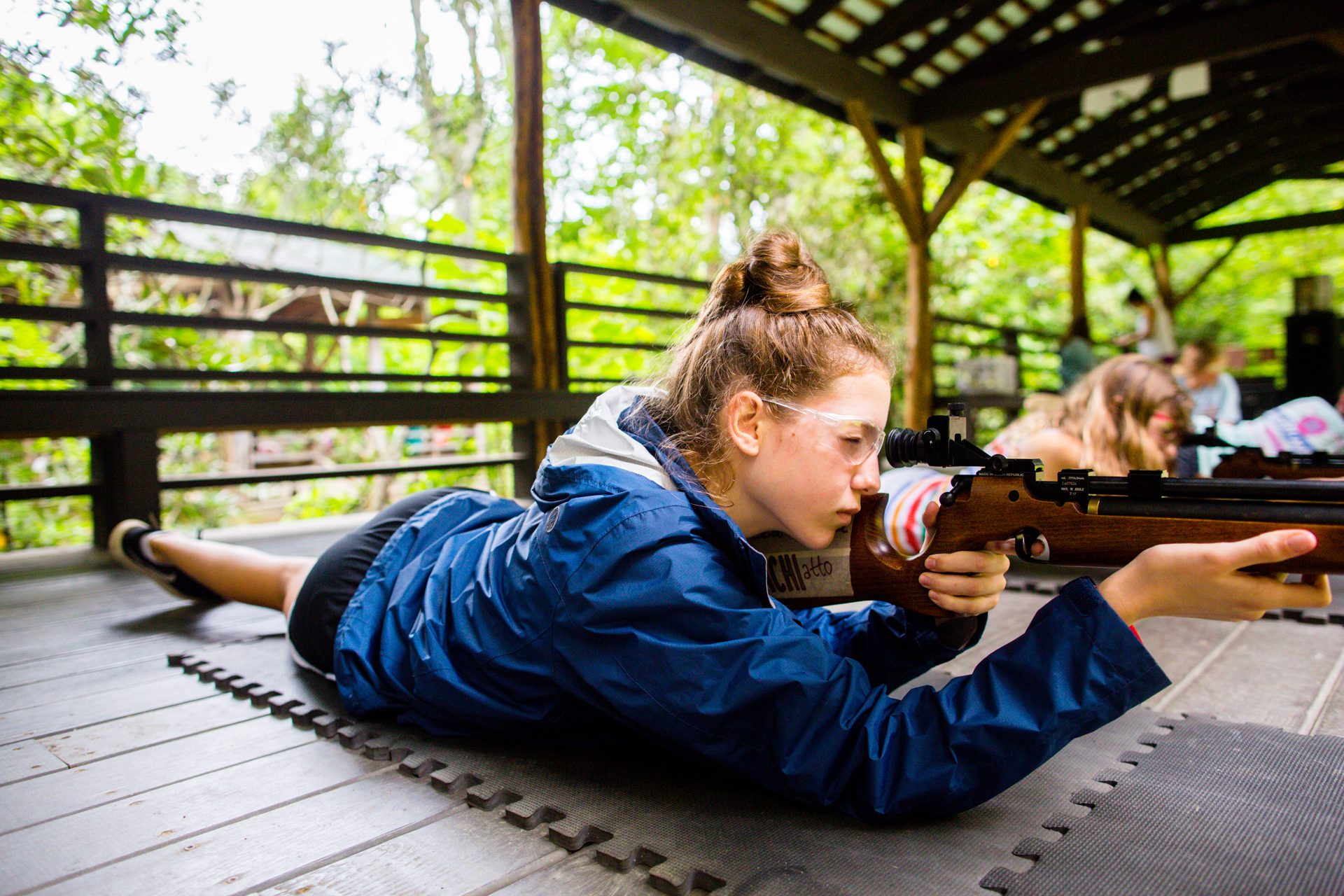 The sun is out and the girls are ready to start their day. It’s going to be another great day at camp! After their morning chores, the camper rush down the hill to enjoy a yummy meal of eggs, potatoes, and biscuits. Then it’s off to chapel! Abby B. shared a story about God’s grace, forgiveness, and the ultimate sacrifice, which was His Son.

Now it’s time to start class. Today in cooking, the girls made their own mini pizzas and LOVED IT! In pottery, the Senior Hill campers learned how to throw on the wheel, while the younger campers made cute animal pinch pots. In gymnastics, the campers twirled around the bars, bounced and flipped on the trampoline. Backpacking went on a nature hike. Lake Dorris was the place to be as the girls in diving showed off their skills. Kayakers practiced there rolls and enjoyed the sunshine while it lasted. As second period rolled around, the rain started to fall, but the day still went on with a smile. In paws, the puppies stayed dry and cuddled with the campers. In yoga, the girls enjoyed the peaceful sound of the rain as they did their morning stretches.

For lunch was the fan favorite, chicken tenders and fries. After lunch, campers went up to their cabins for rest hour where some read a book or wrote letters home. As the bugle sounded, they rushed down the hill to Trading Post to get their daily dose of sugar and snacks! During free time, the tweedles chatted on the porch, while others played endless games of tetherball.

The rain held off for third and fourth period. After a little free time the girls headed down to dinner for some fried rice, veggies, egg roles, and S’MORE POCKETS! After dinner the tweedles had an ice-cream pajama dance party up at Pippin Hill while intermediate and senior camp participated in a tribal activity in the chapel. What a great end to another great day at camp!