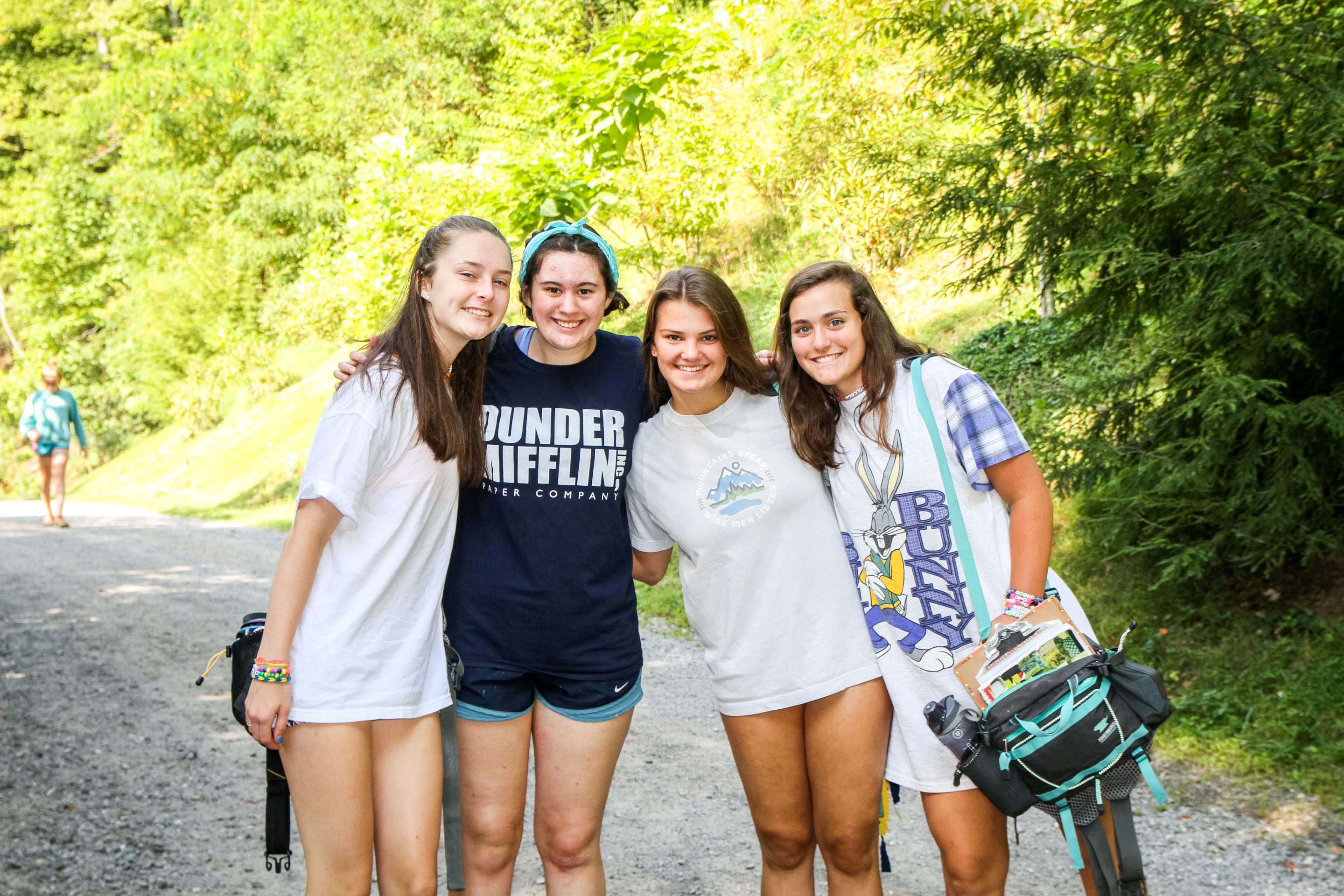 As the bugle sounded this morning to start the first full day of 3B, campers woke up in eager anticipation for the day ahead. After regular morning chores and overall outstanding cabin scores, campers ran down to Tucker Inn for a favorite camp breakfast – cinnamon rolls and chocolate milk!! All of camp picked up and moved to the chapel after breakfast to worship and hear Adam speak on “Who is God?”. The gentle morning light and echoes of excitement drifted through the chapel as campers sang “The Banana Song,” “Isaiah 43,” and “Light the Fire” for a beautiful start to the day.

With a climbing and canoeing trip out, first period quickly arrived, and all the activities began their classes with safety talks. Campers typically look forward to later classes with more adventure, but these first classes are so important for allowing activities to run safely for the rest of the summer – we care about details!! Even with a portion of class time spent on procedures and expectations, campers still got a taste of what their activities will hold for them these next two weeks! The barn was soon up and running with girls on horses, practicing their body position and keeping the horse moving forward. Heading up the hill from the barn, music and laughter were radiating from the dock as brightly as the sun shone above the lake. The dock was full of girls in PFDs, kayaks, canoes, goggles, and big smiles. Kayaking spent the day working on wet exits and doing a relay. Several girls on the dock also earned bars today! Claire N. earned the first gold bar in competitive swimming of the entire summer and apparently beat the time by several seconds. In diving, Carolyn C. got her silver bar, and Natalie P. earned her bronze!

Meanwhile, further up the hill, classes such as Archery and Riflery were teaching detailed techniques and letting campers practice their targets. The girls in climbing each got to climb the upper tower, and backpacking did the low ropes course. It will be amazing to watch the improvement that occurs over the next two weeks, and many campers have already set goals for themselves to improve their skills and earn bars. Other classes such as Knitting, DIY, and Pottery were full of campers enjoying a nice change of pace, working creatively alongside their friends. As the bugle rang between periods, it was sweet to see older campers pause to walk a new camper to Yoga or point a younger camper towards the Fencing pavilion. There is such a wonderful sense of comradely that occurs at so many levels here at Merri-Mac, from big moments like tribal activities and cabin nights, all the way down to quieter moments like walking to activities or passing a volleyball together during class.

As the day continued to warm up, camp enthusiasm continued to grow. The lunch bell rang and sent a swarm of campers towards a full meal of mac-n-cheese, ham sandwiches, fresh fruit, and a colorful salad bar. Lunch really was a party, with the usual “P-A-R-T-Y” song jumping from table to table as well as an exuberant “Happy Birthday” to Caroline M. Sunnyside went all out with hats, balloons, and cake for Caroline’s birthday before leading the dining hall in the first meal-time tribe songs of the session! The energy was incredible as tribes took turns standing up on their benches and shouting their cheers with pride.

After a nice pause during rest hour, screams of excitement burst from every cabin at the sound of the bugle, and girls jumped out of their beds to wait in line for their long-awaited trading post. With snacks in hand, free time was well spent playing tether ball, sitting by the lake with friends, walking around camp, and hanging out in the cabins. Jiggity Jig even had a very popular cabin spa where they painted nails and offered back massages to other campers.

The afternoon sailed on by, and third and fourth period offered more excitement such as pancakes in Cooking, slab mugs in Pottery, acting games in Drama, and the beginning of new skills in nearly every activity. The dinner bell rang, and cabins could reunite once more around a table, with each camper sharing their unique experiences from the day’s activities over a southern plate of fried chicken, mashed potatoes, green beans, and rolls.

As the day draws to a close, campers are painted up and ready to win “the Great Escape” for their tribes. Right now, red and grey, black and white, and blue and gold bind them all together, and after the game is won, each cabin will gather for a variety of fun post-evening plans.

Your girls are already having fun, already making friends, and already growing as campers. We cannot wait to see what the next two weeks hold!