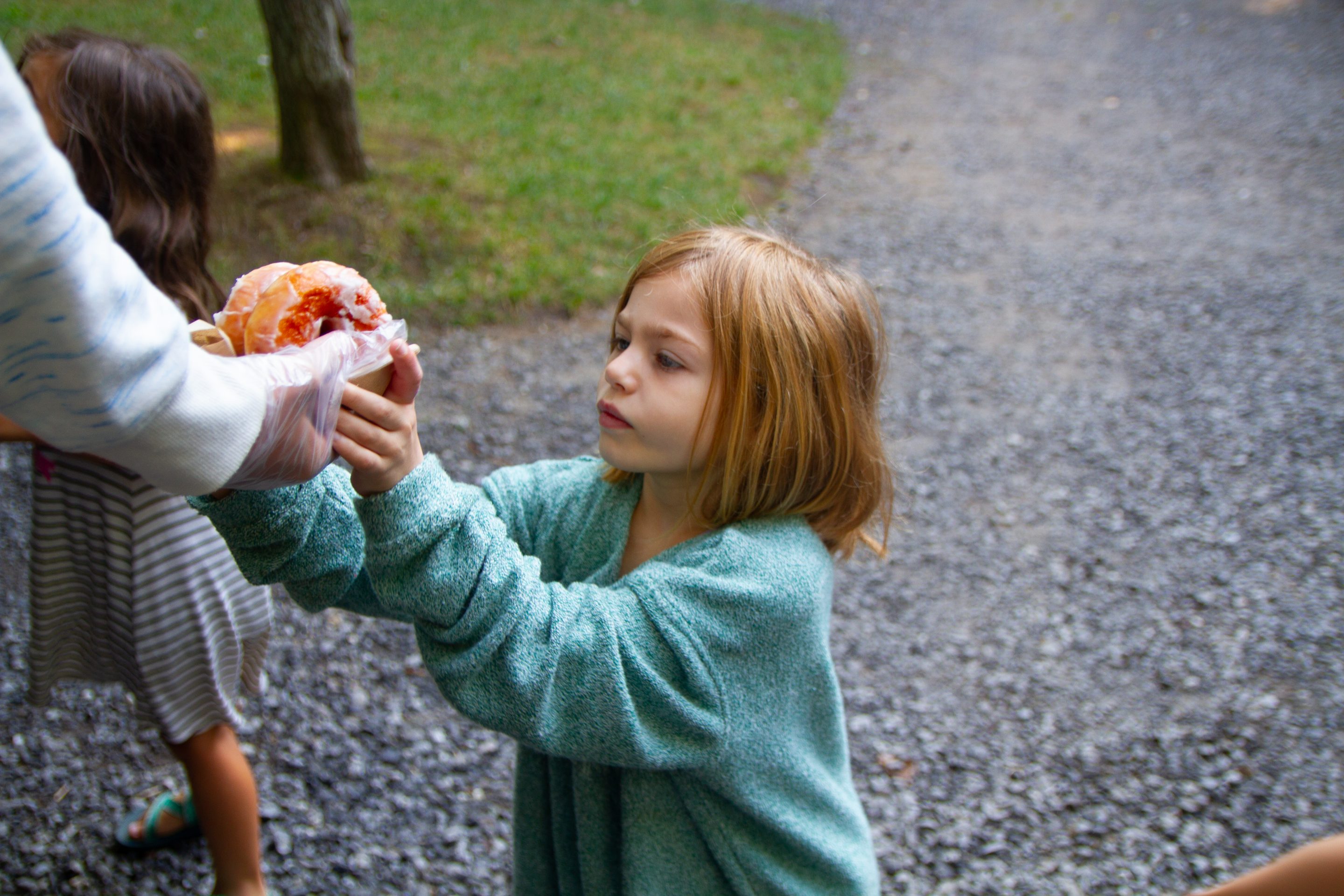 Christmas came to Merri-Mac last night! Campers were treated to caroling from counselors and more time with the Sunnyside campers. While counselors prepared a surprise for campers the Sunnyside and Dreambow (dreams and rainbow) girls conducted fun activities with their cabins. After the counselors had prepared they lit their candles and moved from cabin to cabin, Caroling as they went.

And the fun didn’t stop there! This morning campers got to sleep in an hour and breakfast was brought to the cabins. A truck filled with donuts, hot chocolate, and chocolate milk rolled around from junior to intermediate to senior camp. Campers knew it was coming when they heard the Christmas music playing and ran from the cabins down to get their special breakfast. In addition they received their stockings filled with candy that the counselors had prepared the night before.

After breakfast there was a special Christmas chapel with carols and Christmas hymns. Campers sang songs like the first Noel in addition to the everyday chapel songs before ending with the camp psalm; arm in arm.

A few girls got to go on trips today such as the backpacking overnight or the mountain biking trip. These girls packed after they got their donuts and got on the road.

Activities began at 11 and the girls were immediately off to conquer their various classes while clad in red and green gear. Girls could be found playing guitar in Mrs. Clause costumes or swimming in their best Christmas swimsuit. Even though it was Christmas and we got off to a late start that didn’t stop multiple campers from earning bars in classes.

At lunch campers ate a Christmas feast. There was turkey, cornbread dressing, mashed potatoes, and peas galore. During lunch the campers yelled for the Archery instructors to sing the new song they created. Those who took archery sang along and clapped. As a special treat there was also dessert at lunch. Not to mention the cake from the three staff birthdays today (including Adam Boyd). Lucie Christian and Anna Spencer were the other birthday honorees. Campers and staff alike sang the birthday rap enthusiastically. Then staff announced bars and trips going out the next day. Campers retreated to rest time full and happy.

During free time two campers ran a 3v3 soccer tournament to earn their gold in soccer! Girls grabbed their trading post snacks and headed down to watch. Other campers played tetherball or sat talking with their friends. Some campers were given the opportunity to work on the harder parts of their bars in activities like climbing and swimming.

Later, after free time, campers returned to activities ready to earn more bars and learn new skills. Even though Christmas Day is coming to a close everybody is excited to see what the next days will bring. And we are all excited to have had a chance to celebrate a special holiday together at Merri-Mac.