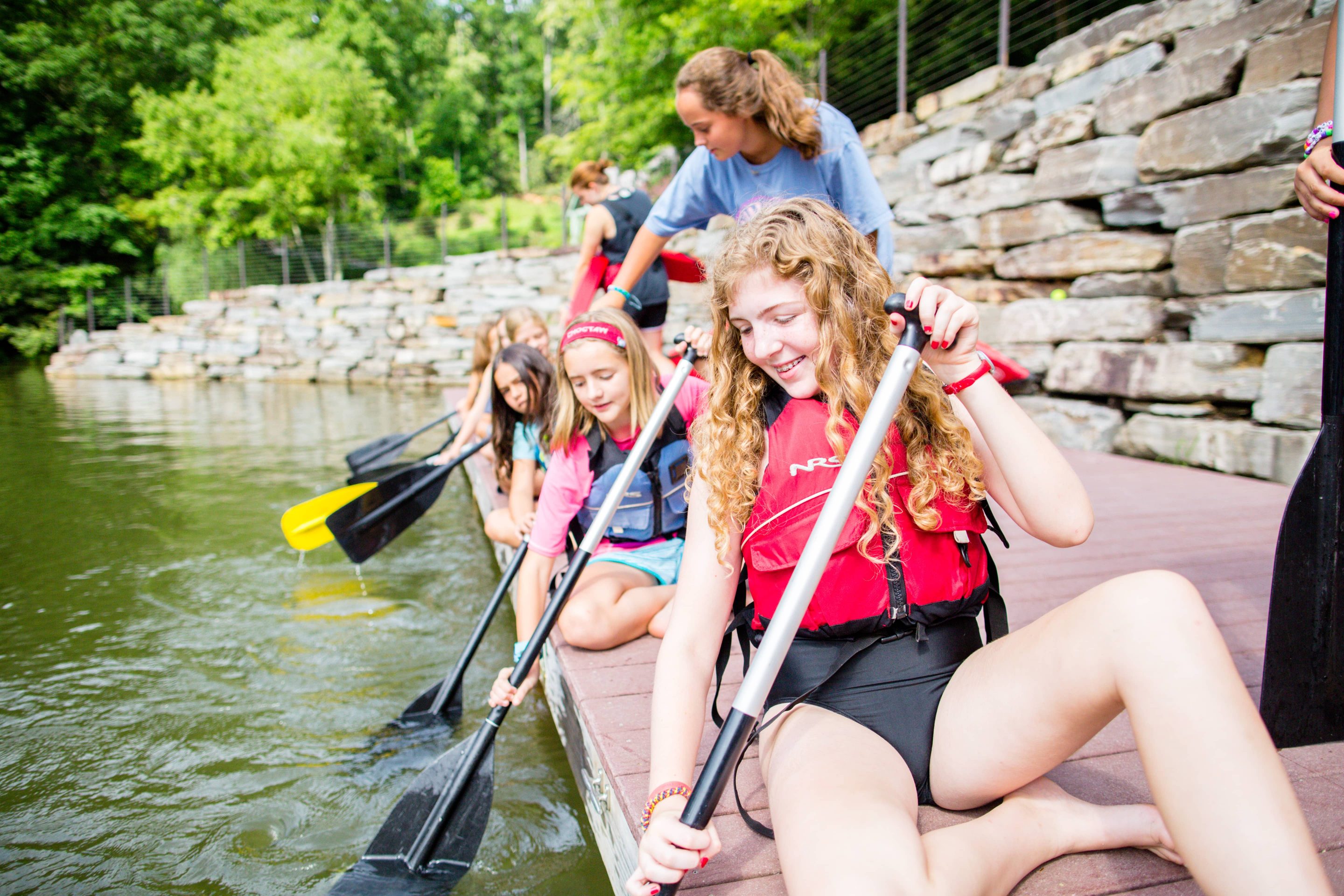 The day began by eating french toast in in Tucker inn—and then singing fun camp songs along with “Happy Birthday” to Lyla A. and Hailey F. From there the girls were dismissed to Chapel to sing songs and hear a short message delivered by Adam Boyd. The Tribe leaders called meetings where they mentioned the importance of sportsmanship, spirit, and then practiced cheers for the upcoming activity that evening.  Between the tribe meetings and the camper’s first activity many cabins fill the time by playing games which ranges from Uno, to Tetherball, to Mafia.

Today marked the second day of 3A—and with that came the first day of classes for the Tuesday/Thursday/Saturday activities. Most classes began with safety talks and procedures—along with the introduction of names and fun trivia before beginning the activity itself. With Archery, the safety talk is the initiation into the “Archery Sisterhood” while others activities use the safety talk to get to know the girls by asking them questions such as “what is your spirit food?” Some highlights of the activities: Diving began on the proper steps and then played games that helped them practice it. Pottery made animal shaped bowls with some being giraffe’s and turtles. Cooking made French toast and enjoyed eating it on the patio of the Cooking Kitchen. DIY was working on calligraphy and making notes and posters. And the girls in PAWS got to meet the puppies all together for the first time and take time to play with them.  Along with the daily activities some girls got to go on trips such as mountain biking, water skiing, and climbing.

During the lunch of sandwiches and mac-and-cheese there was singing for Lyla A. and Hailey F. followed by a cake they were able to enjoy with their cabins. After the meal each tribe had a chance to sing their songs and show their pride.

Following lunch was rest hour where the girls can read, write letters, or sleep. Immediately after rest hour the girls ran to Trading Post where they have the selection of one snack and drink then to socialize or play games of Tetherball. It is the highlight of many girls’ days as it is a challenge to see who can be the first in line. Also, during free-time, senior hill enjoyed a free-swim with not only the campers but also the many large floaties they brought.

Tonight’s evening activity was Gold Rush—a very popular game in which tiny pieces of “gold” are hidden about the camp and the girls try to earn it, and if caught it takes creativity through telling stories to win. The winner of the game and of spirit points will be announced during lunch the following day.

After the Evening Activity the girls return to their own cabins where they get to have quality time with their counselors and cabin-mates. For Post-Evening-Activity cabins can put the puppies to bed, reserve Tucker Inn for late night dance parties, or make food in the Cooking Kitchen.