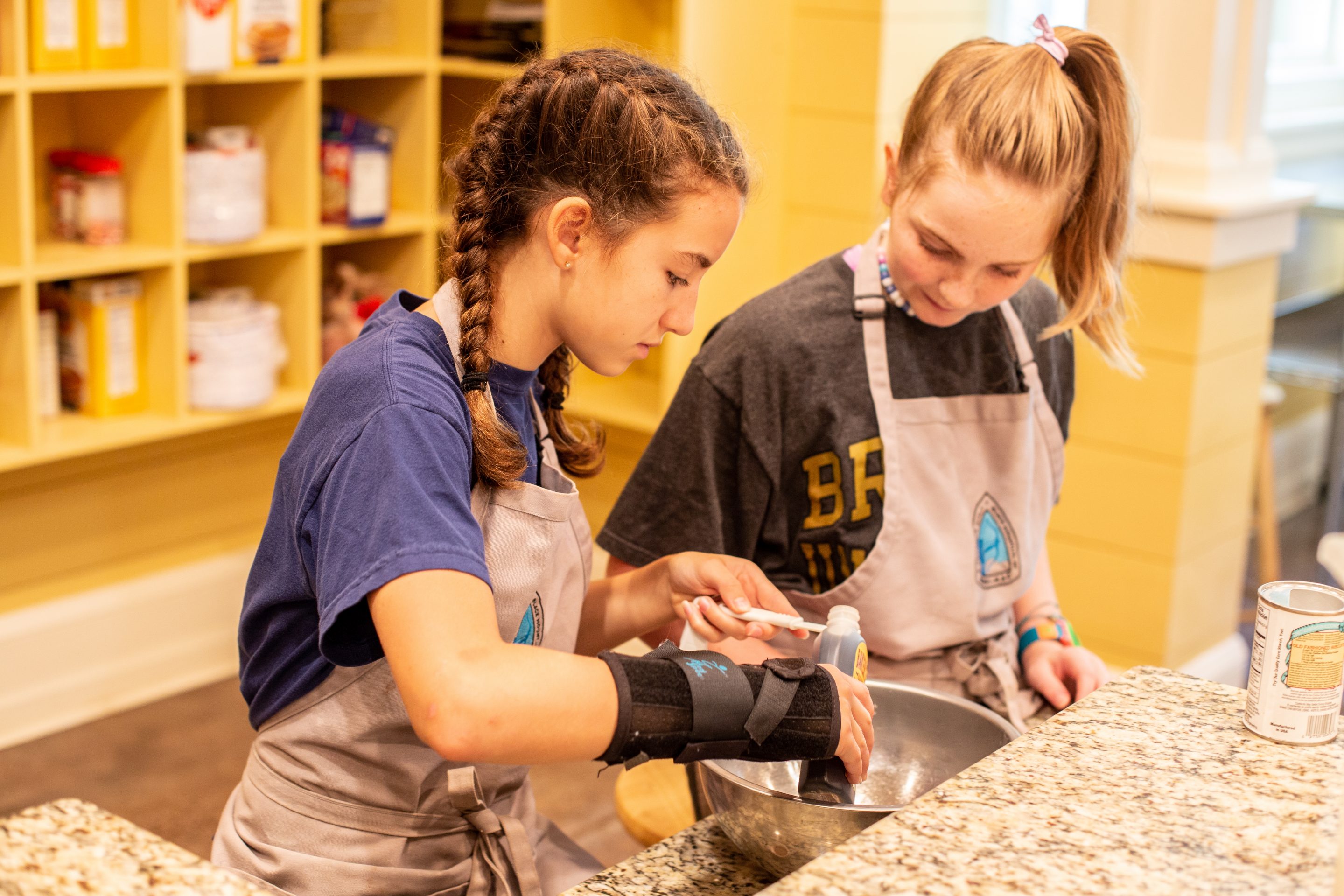 Today the first half of the session wound down, but that doesn’t mean that camp was not in full swing. Campers woke up and began chores and then rushed down to get food. After a breakfast of chicken sliders and hash browns, many campers left to go on trips all around the North Carolina landscape. Rafting took a number of girls to go brave some white water while mountain bikers went to go bike with the Timberlake boys. Meanwhile, some kayakers went to the Tuskegee river for the day.

All around camp activities had fun things planned for the last class of the session. In lacrosse, the instructors blew up water balloons for campers to hone their throwing and catching skills. Campers had to fine tune how they passed the “ball” or their balloon would pop and their pair was out of the game. The last pair of campers with a water balloon were crowned the winners (with a water balloon popped on top of their head). Climbing had a special competition at the Mike wherein campers earned points by climbing different routes or beating the overhang. Campers were given the option to follow harder routes to gain more points and were challenged to climb a route affectionately called the “Barney route” for its blue and purple markers.Don’t be fooled by the name; not many can complete it. At the dock most classes joined together for a fun day of free swim. Campers were able to blob, swim, paddle board and just hang out with friends in the sun. As you approached the lake, girls could be heard laughing as they were launched by friends on the blob. Fitness campers were treated to a day of water aerobics and got to cool off in the lake as they worked out. There are more examples but it would take much longer than this to describe all the fun going ons!

In other activities, campers were hard at work finishing up requirements for their bars or just getting better at skills. A few determined girls achieved gold bars today! Golds were earned in lacrosse, fitness, and volleyball. They had to put in a lot of hard work, but it definitely paid off in the end. Tonight they will be honored in our white feather ceremony for all the work they did in their respective classes.

During free time, many girls hosted tournaments. Today we were treated to volleyball and Gaga ball tournaments; all of which were a great success. Campers signed up and formed teams to compete for free trading post from the girls hosting the tournaments. Girls that did not participate in tournaments picked up trading post and played tetherball with friends.Tonight we will close out the day with a carnival with all sorts of games and fun to be had.

It was a busy and exciting day and everyone will go to bed excited for what tomorrow will bring.