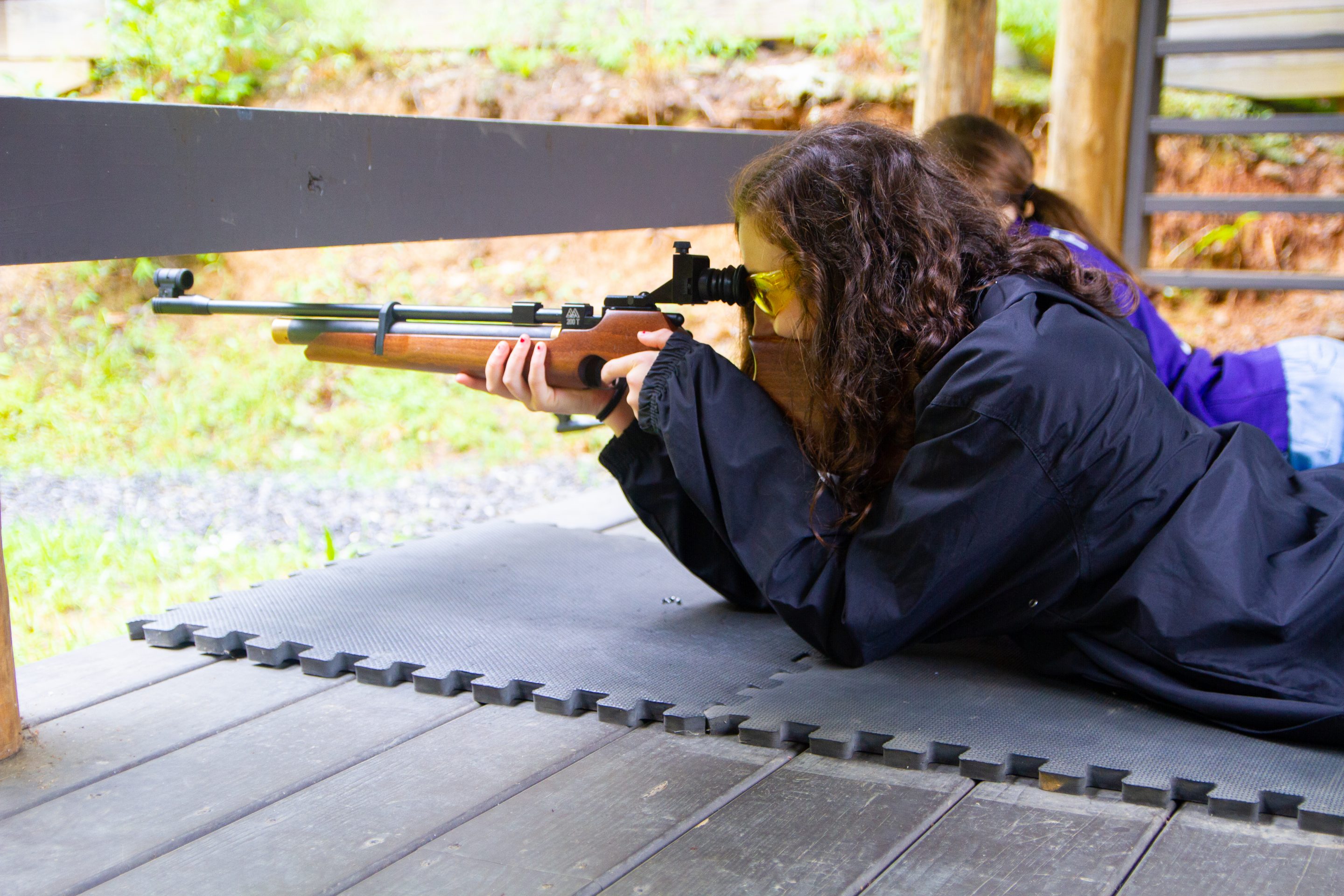 These two weeks have flown past so fast. It feels like yesterday you dropped your girls off to camp for a summer of a lifetime! The morning started off by eating chicken biscuits and hash browns for breakfast. As breakfast closed, the girls were dismissed to chapel which was lead by the sunnysiders. It was a touching moment for these girls in sunnyside as it was their last chapel as campers. Activities were spent by putting the final touches on projects or polishing any skills learned over the past two weeks. Mary Madeline B. received her gold in riflery!

The sun made is bright appearance after lunch. The girls had so much energy for the entire day. After rest hour they all ran down to Trading post for their last lot of candy for Merri-Mac for this summer.

As free time came to a close, the girls rushed off for their last classes of the session. Wonderful, sweet smells came from the girls baking cupcakes in the cooking kitchen. Laughter floated down the hill from the girls swimming up a the lake. From the guitar hut, beautiful songs came from campers getting their last but of practice on the guitars and ukuleles. All the way up at Pippin Hill yoga finished up its last class focusing on friendship and working on partner postures.

The dinner smelt so good from the outside, it had girls rushing in for mash potatoes, turkey, stuffing and peas. To top off dinner, the girls ate a delicious peach cobbler for dessert. Dinner was brought to an end with cabin songs loud and proud. Many shared their hilarious add ons.

Once the singing concluded, the winner for Fortnight was announced… CHOCTAW!! And seminoles won spirit points. The girls were then dismissed to White Feather ceremony which was followed by lakeside. The night was filled with sentimental moments of celebrating camper accomplishments and reflecting on the many memories made at Merri-Mac. Many hugs were given as the lake was lit up with candles. It was a picturesque night that really captured what camp is about- making friends, making memories and growing and sharing adventure with one another.