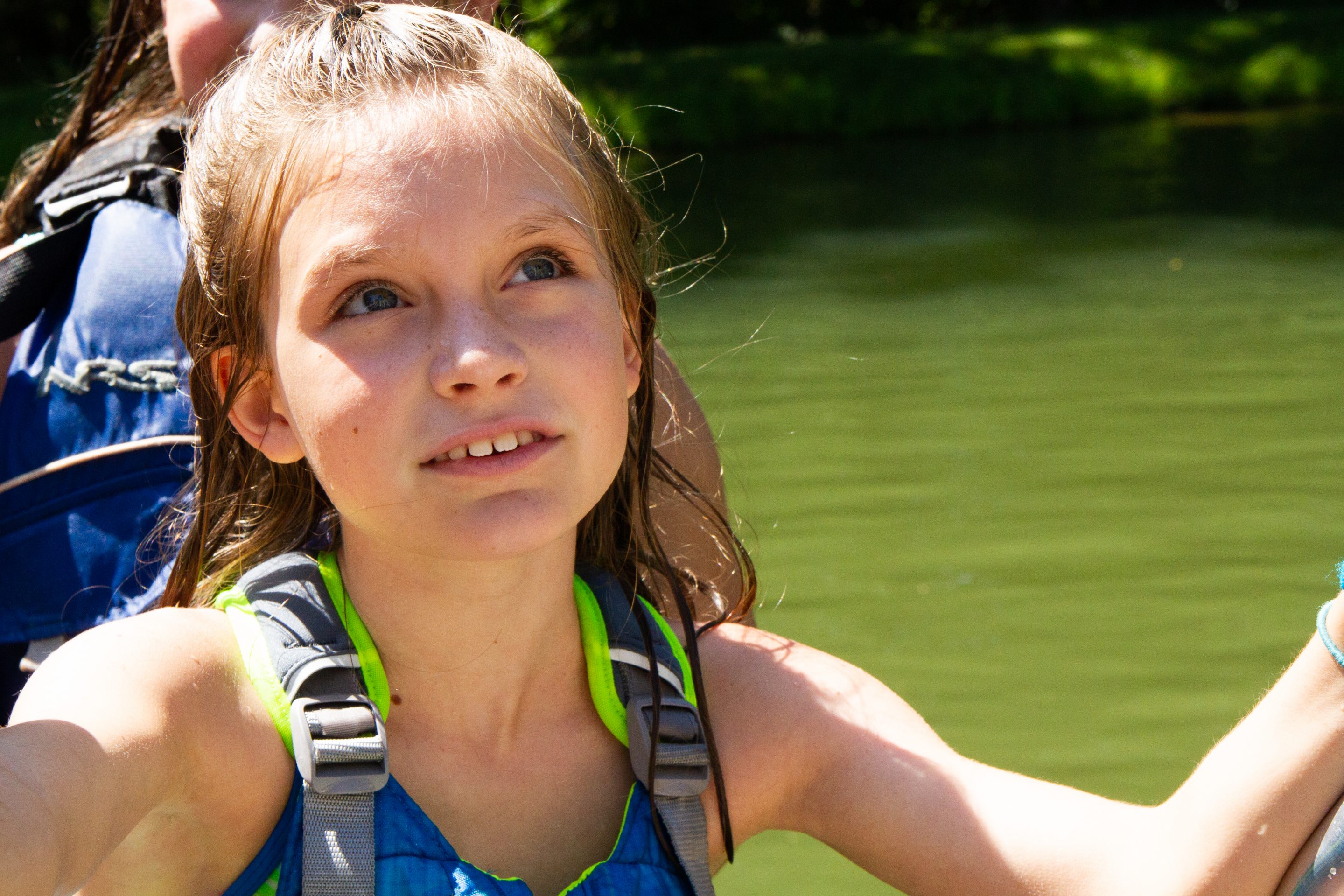 Ahh Sunday Mornings. Sleeping in until 8 AM and smelling the cinnamon rolls from outside of Tucker Inn. Is there any other way to do it? The girls woke up with a lot of energy this morning, ready to start their “lazy Sunday”. As the girls followed the smell of the delicious cinnamon rolls, into Tucker Inn, they were greeted with the best chocolate milk there is and singing and laughing with their friends. As the girls were all dressed up in their whites, we headed to Chapel for a quick story. Following chapel, the Tweedles had their cabin photos with their counsellors.

As the girls rushed to get out of their whites, it was now time for free swim. The water was beautiful and refreshing while the sun was out… a perfect day! After free swim, the girls rushed back to Tucker Inn for some fried chicken, mash potatoes, gravy, green beans and bread rolls. A typical Sunday meal. Maybe this is the reason why Sunday’s at Camp are my favorite… but we were blessed with dessert for lunch! Apple turnovers!!

Shortly after lunch, the rest of the cabins who didn’t receive their photos lined up in their whites for cabin photos. The bell then rang for an hour long rest time… another reason i love Sunday’s! The girls lined up for Trade Po with their sweets and candies, running around finding a game that’s open for them to join. I watched a Tweedle dominate a Sunnysider in tetherball today and it was the greatest thing to witness.

After the girls were all sweetened up from their candies, it called for more free time before the cookout. In my opinion, the smell of the burgers and hot dogs on the grill distracted me for the rest of the afternoon. At 5PM we had the cookout. There were burgers, hot dogs, watermelon, cookies, kale pasta salad and lemonade! The girls were all spread out mixing and mingling with different people in camp and having lots of fun. It was now announced that the cabins above Tweedles were heading to Timberlake this afternoon to chill out, mix with the boys and watch the fireworks Timberlake was hosting. The theme of the night is America. Out came the blue, red and white colors amongst the girls. For the Tweedles, Merri-Mac is hosting a Tweedles carnival filled with games, cotton candy and a bounce house. What a day!