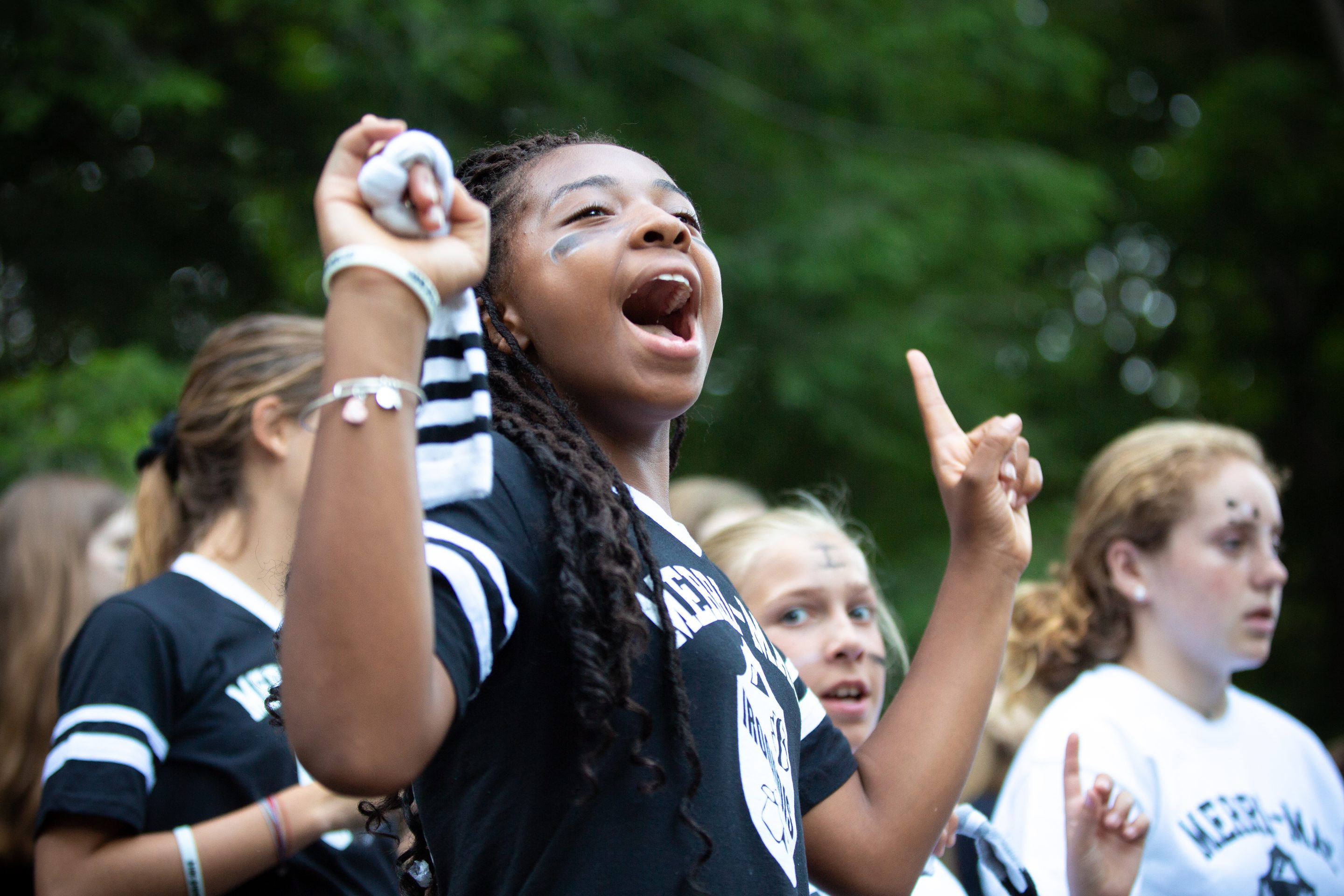 It’s the second day of camp! The girls woke up the first time this summer, maybe questioning if they really were at the magical camp Merri-Mac, to the sound of the bugle playing our special early morning song “Reville.” Then it was chore time, and the girls completed their chores such as sweeping and cleaning the bathrooms to the tunes of Hannah Montana floating from the counselor IPods across Senior Hill (home to our oldest third of campers). Then went the table setters bell rang at the Tucker Inn, our dinning hall, girls poured from all corners of the camp for our first breakfast (blueberry pastries, cereal, eggs).

Going into breakfast, class schedules were passed out and murmurs went through Tucker Inn. Kayaking! Knitting! Riding! Young and old leaned across the tables to find out what friends would be in their classes. We sang our famously long announcement song to close off breakfast and it was off to Chapel! The day really kicked into gear.

Down at the dock on the side of lake Doris, beginners kayaking had their safety talk and started working on wet exits in the water. Charley B. got hers for the first time! The beginner swim class looked like rainbow sprinkles as they spread out down the lanes in their colourful swim caps and kickboards. Anslie W. was really enjoying her diving class because she said “it put her out of her comfort zone.” Over in canoeing, Grace V., Maggie G., and Anna Catherine M. anchored the green relay team.

After two class rotations it was time for lunch (jambalaya, fried okra, watermelon, yogurt, and more). We sang tribe songs at the end of lunch, pep songs unique to the tribes Choctaw, Seminole, and Iroquois. A mysterious Chieftess visited us after we sang and announced the beginning of the TRIBAL GAMES. To start, a hatchet that was buried at the ending of the last Tribal Games must be found. The girls were released to search the campus for the fabled hatchet. It was found by Katherine Faye N. (Kafaye), Choctaw Med woman, and the games officially began! It was then announced that the first evening activity and tribal competition would be a camp favorite- Sock War! (a game similar to capture the flag, but the tagging is done exclusively with socks).

The girls took a break from all of the second day excitement with rest period and then all raced to the Trading Post or Trade-Po as most call it for snack time and some tetherball. After that, third and fourth periods rolled around. Avery S. enjoyed playing tennis charades to meet everyone in her third period. Ruthann S. went to dance class, of which her favorite part were the stretches. Then everyone went to change into their clean white shirts and shorts for the traditional Merri-Mac Camp picture, which we fit the WHOLE camp in!

Next up, everyone changed into their tribal gear for sock war and a few campers started explaining Sock War strategy to me on the back porch. Aubrey B., who self identified as chocolate ice cream, hoped the Sock War would bring her tribe closer together. While everyone else was getting excited for tribal competition Caroline V. was just excited we were having garlic cheese biscuits with supper- her favorite camp food.

As the sun goes down and stars pop up over Merri- Mac, I am blown away by the silence that has settled over this fairy city we call a camp. 10 more hours and it will be broken by the bugle once again. Who knows what day three will hold? 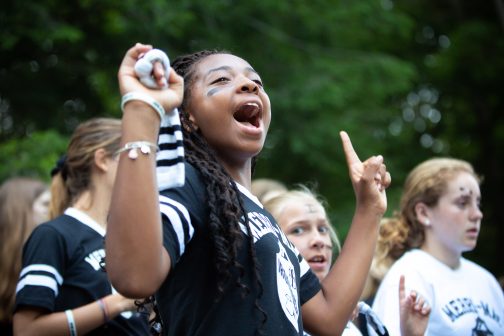