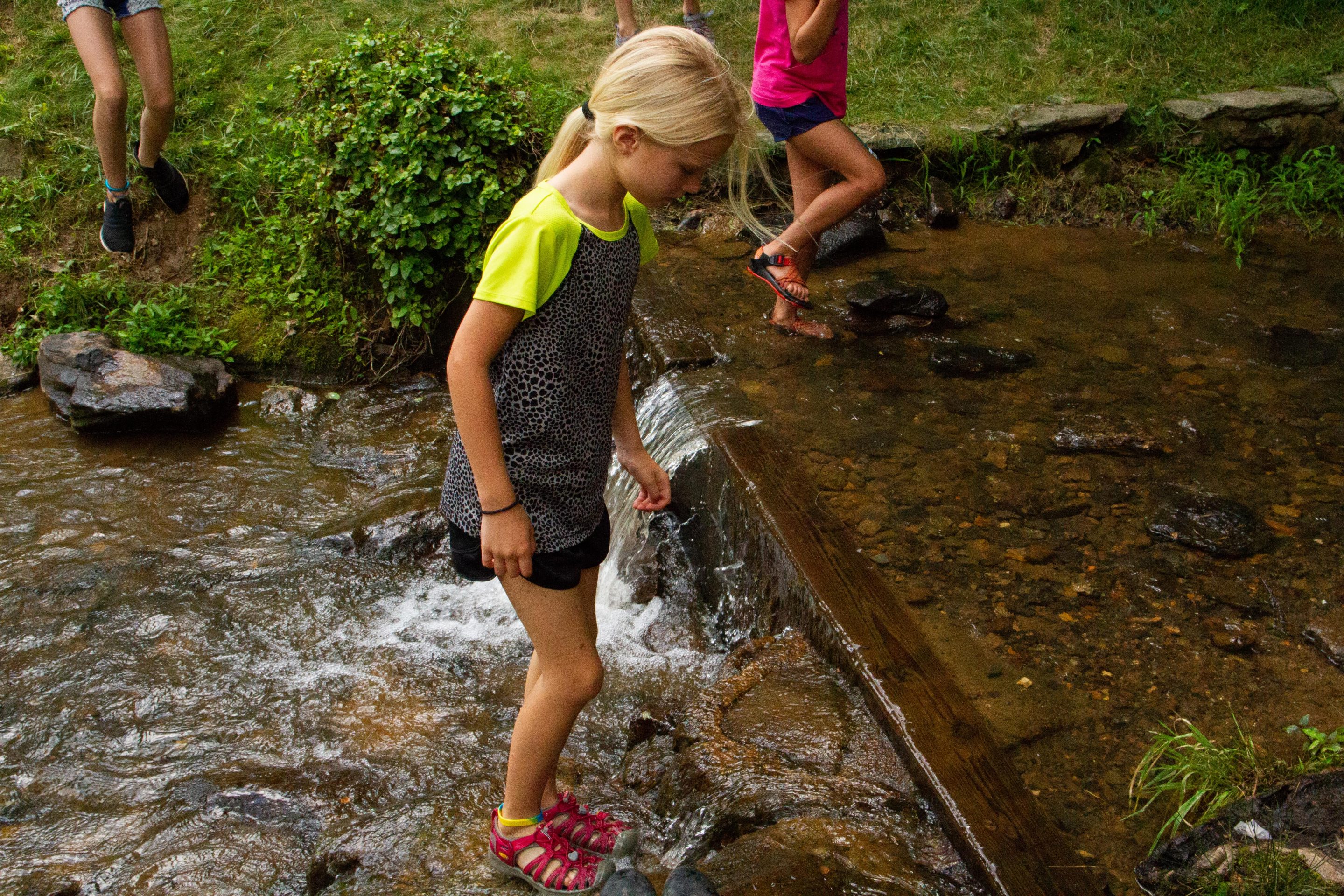 The day started off with chicken and cheese biscuits, yogurt and fruit. It was a little chilly in the morning but shortly after chapel, it warmed up and became pretty hot during the day. The day consisted with everyone attending their classes in the morning. Shortly after period one, the riding team took the girls out for a ride on the horses around camp. A lot of the girls were riding on their own which is improvement for some of them! Another camp fire was made in the backpacking class and i did come across many pictures of girls eating s’mores… again.

The bell rang for lunch and the girls were greeted with pepperoni and cheese pizza, salad and a vegetable soup that Adam B. claims was delicious! Many songs were sung during lunch, one in particular the tweedles love to start. After cleaning up lunch, the girls chanted their tribe and cabin songs. You can hear them from outside Tucker Inn. After lunch, the girls rested and wrote letters to parents or had a nap. Or maybe that was just me…

During free time the girls lined up to get their candy and played games of tetherball and gaga ball with the other girls. Due to it being a hot day, many of the girls took their shoes off and started walking through the stream, cooling themselves down. After free time was over, the girls went back to their classes for period three and four. As i visited pottery, the counselors sat me down and taught me how to make a small bowl. It turned out alright for a first timer!

Tonight’s evening activity is the Princess party that everyone adores and is very much excited about. I got a glimpse of the girls setting it up and it looks beautiful! The counselors and CIT’S, did an amazing job. After the princess party, we are doing cabin photos of all the girls dressed up. Tonight’s evening activity is going to be one everyone’s been looking forward to. I have already had girls ask me for a photoshoot after the party. Everyone is really excited!

It has been another beautiful day here at Merri-Mac. And we look forward to yet another day tomorrow.